Ulva Island  is named after an island in the far north Shetland Islands. Most of Ulva Island is a predator-free national park and has many hiking trails and many unique creatures.

The white part of the rocks is not what you think. It's an algae that loves the sun. 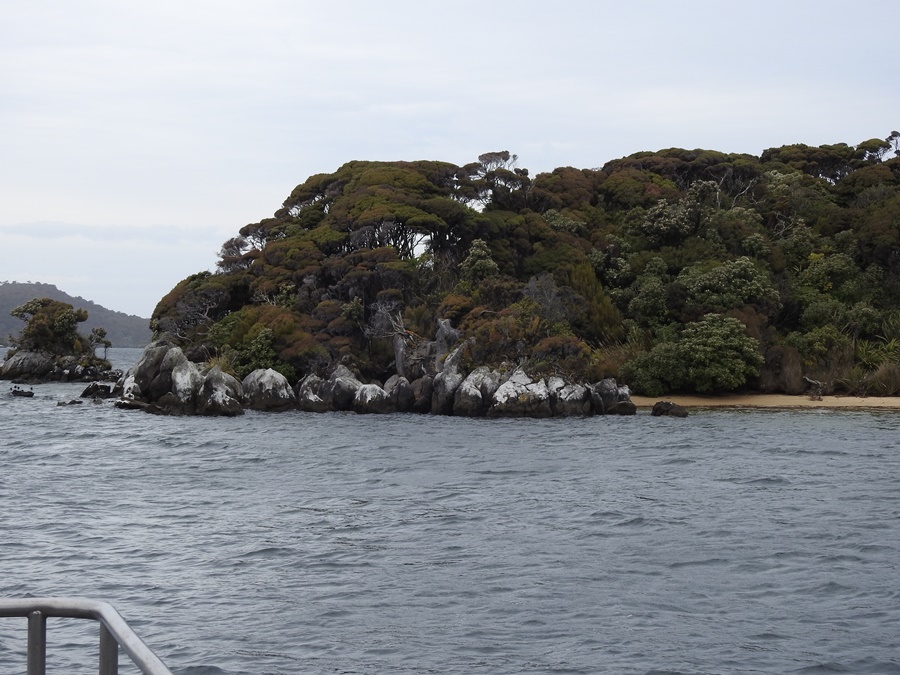 These pied oystercatchers watched us sail by. 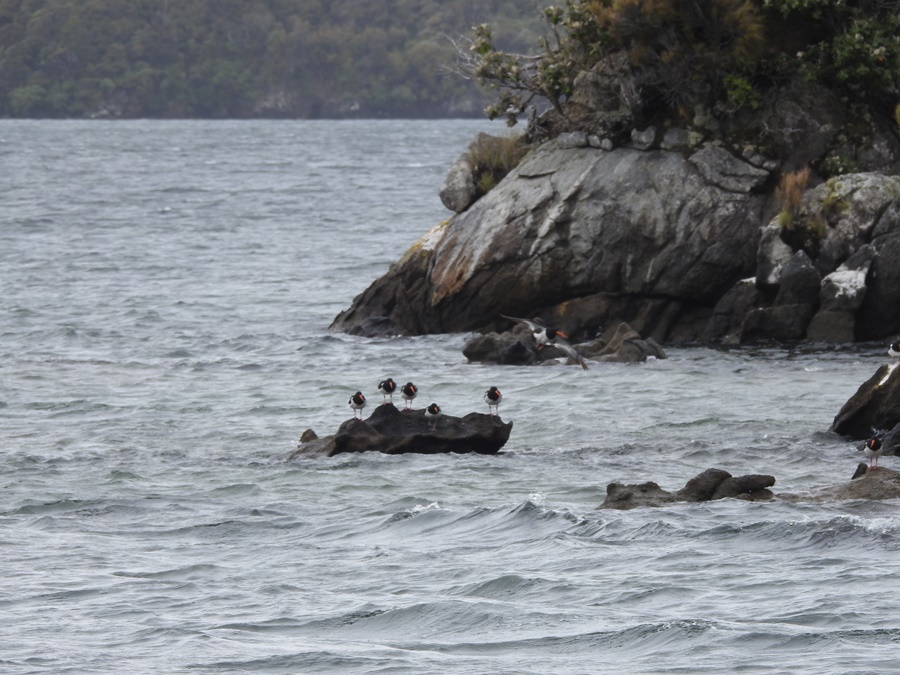 Remains of mining that was done on the island. 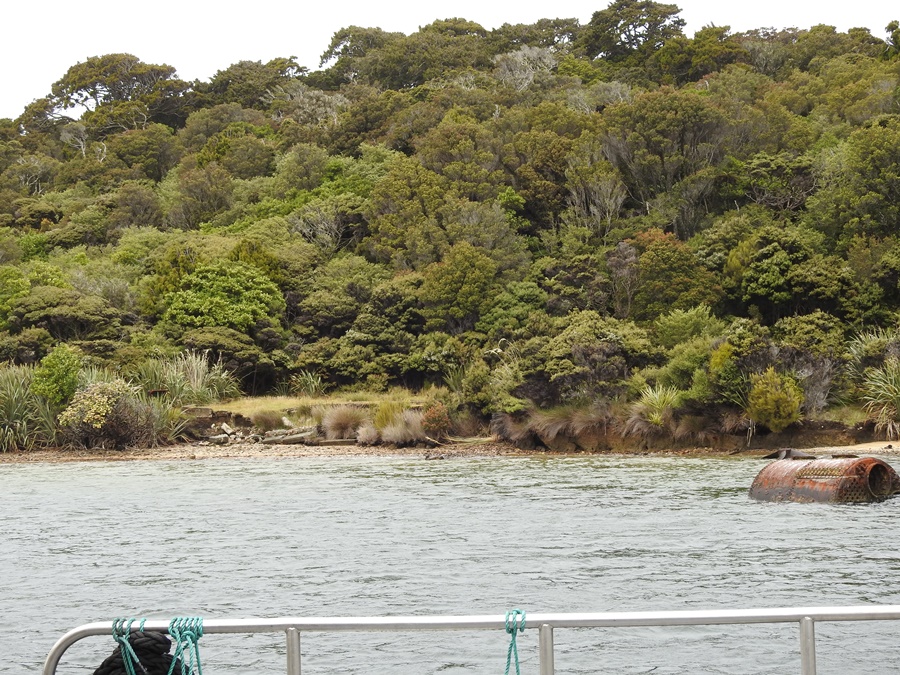 This is where the Post Office stood for about 70 years. Every 6 weeks or so, when mail came in, Charles Traill (the 'postmaster' and general store owner) would climb the nearby hill and raise a flag that everybody on all the islands could see. Then people would come by boat to pick up their mail.
The house in the photo belongs to his descendants who use it occasionally. 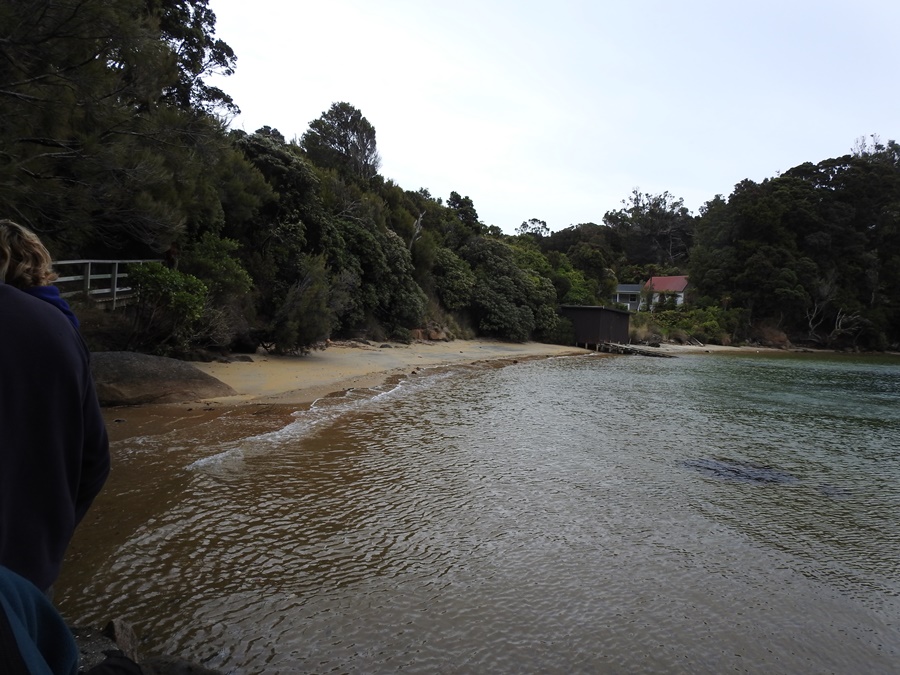 We didn't see any kiwi, but these are some tracks they left. 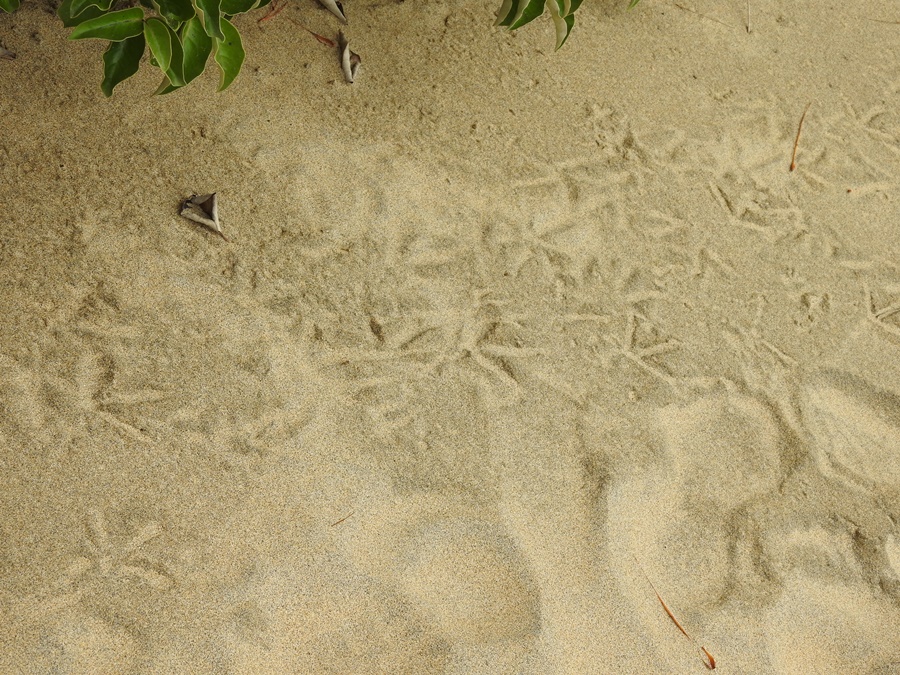 Until the 1970's (I think), people of Stewart Island would use the leaves of this tree as postcards!
They would write on the bottom side, slap a stamp on it and off it would go. 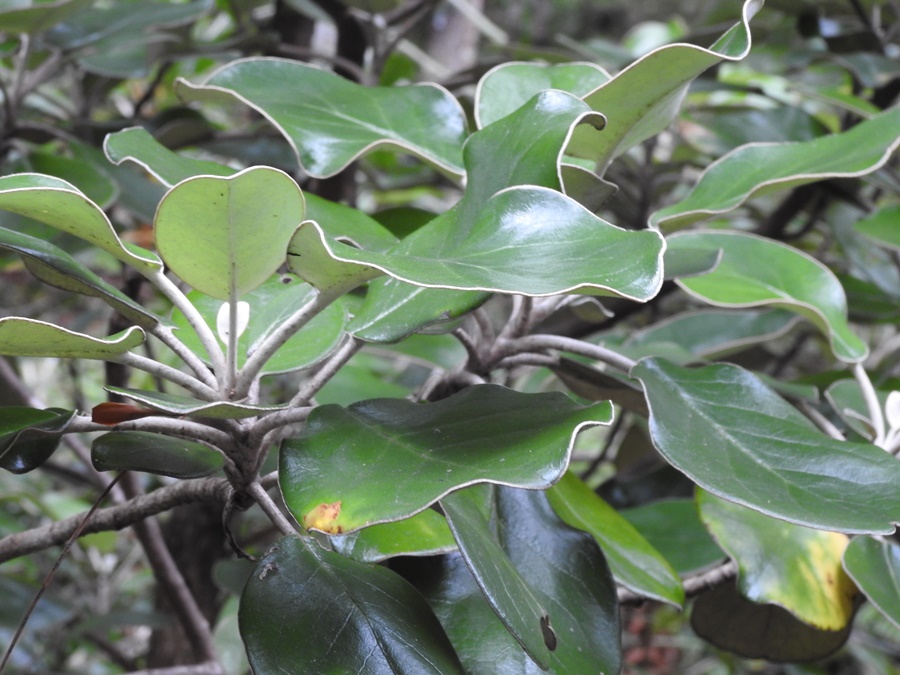 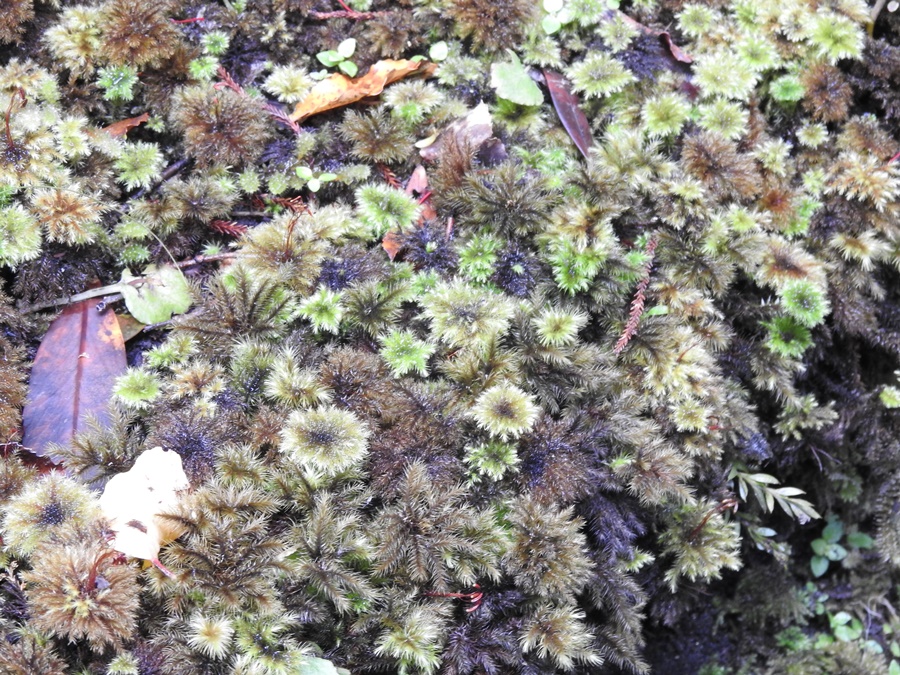 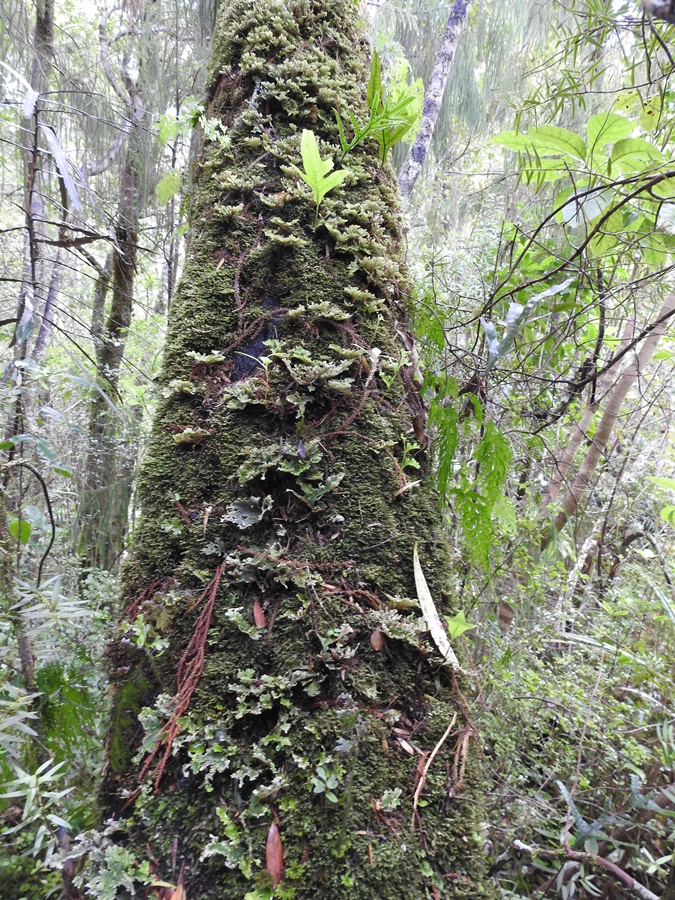 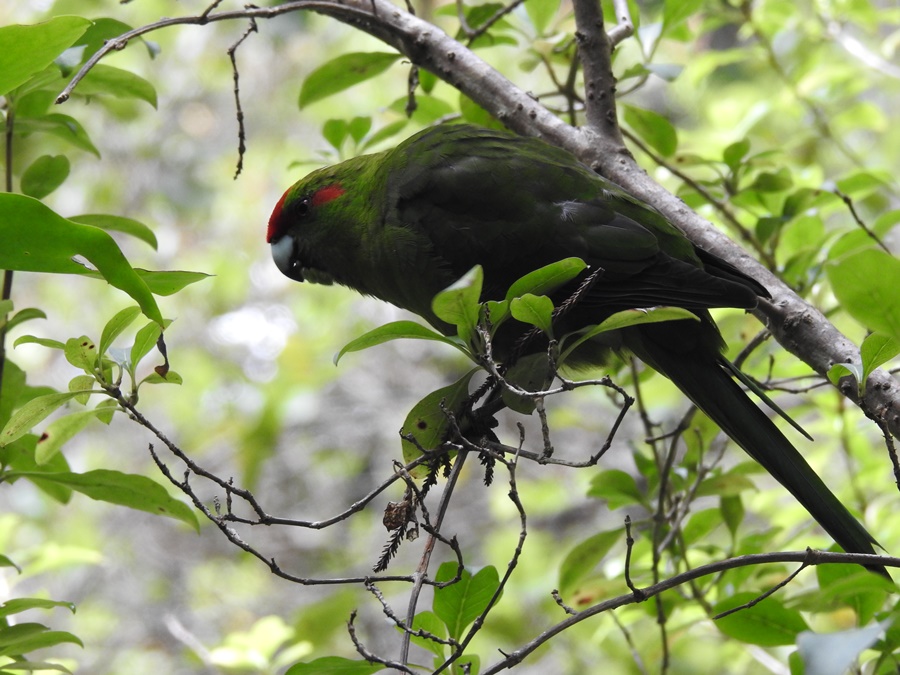 Kaka (native birds) strip the bark from the totara trees, looking for bugs and the tree survives for many years. 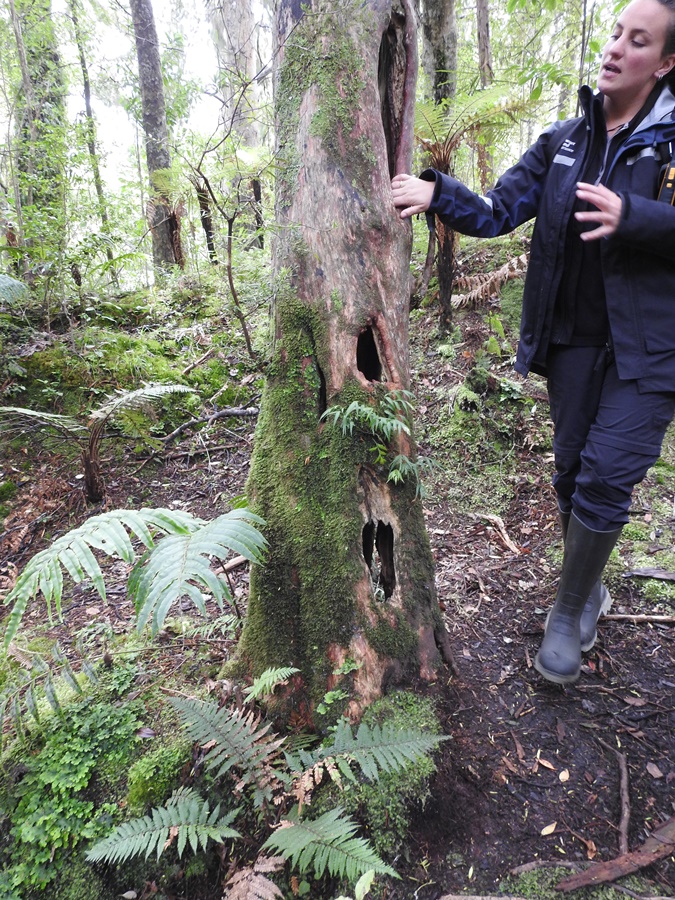 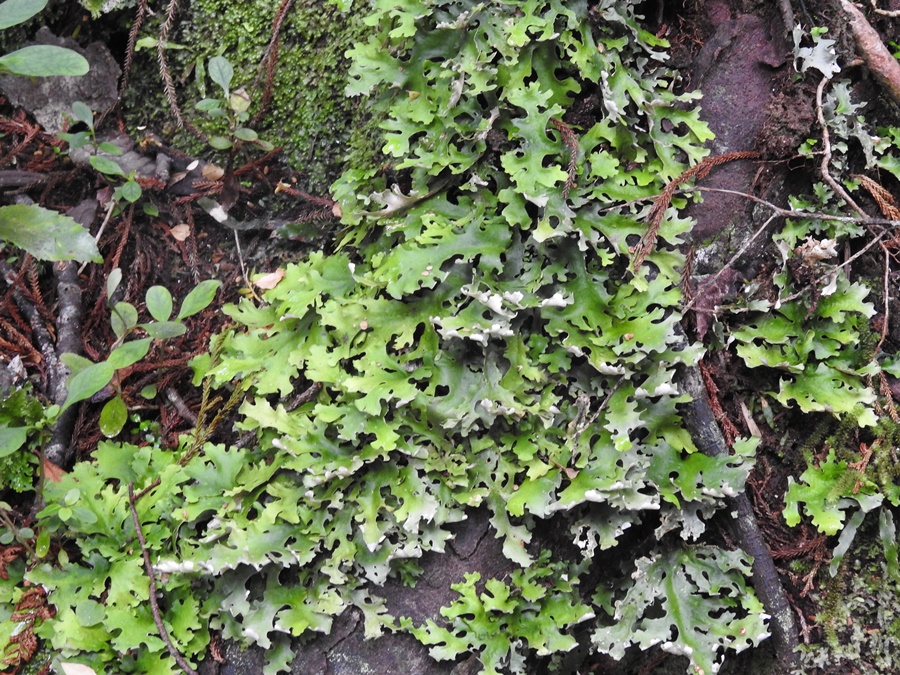 A Stewart Island robin, found nowhere else in the world. 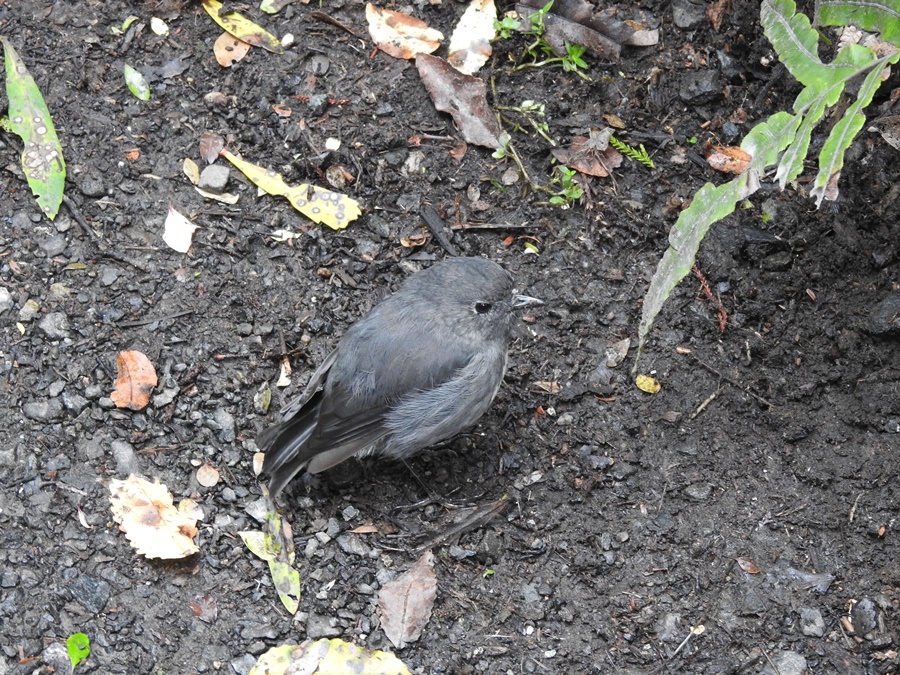 This photo isn't great but it was funny to see a weka chasing another down the path. 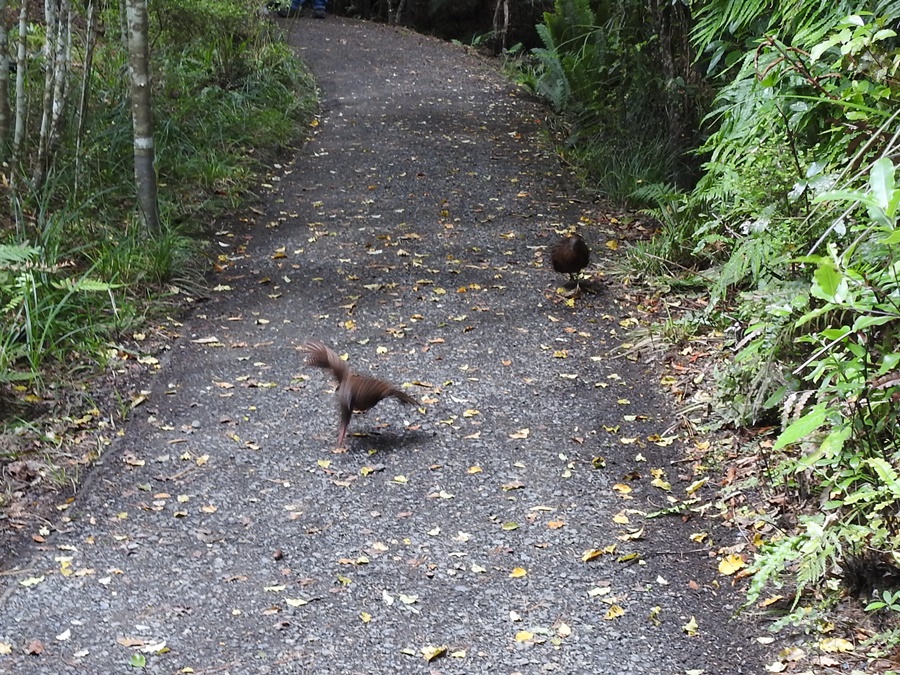 Thank you for the great tour of this island. Most interesting flora and fauna that I have never seen before.

Amazing pictures and so fascinating story. Stewart Island robin is so cute.

This was a fascinating tour of the island with super photos and details!

I do enjoy travelling through New Zealand through your photos. Happy travels and have a fabulous weekend ahead.

Oh that umbrella moss, never seen! Am envious for you both being able to see a parakeet (a parrot, right?) in the wild!! All these beautiful places you are showing us! Happy you were back to share the first anniversary of ALL SEASONS! Have a great weekend!

Hello, what a cool national park. The birds are awesome. Lovely scenes and photos. New Zealand is beautiful. Happy Friday, enjoy your weekend!

Beautiful photography of nature ~ love the sand shot and the last one ~ what kind of bird? thanks,

What a special place. I love the bit about using leaves for postcards, and the flag raised when the mail came. I bet people really loved mail day back then.

wow, love it. Wish I had been there too :)
Love the rocks and the trees in the first image :)

I didn't even know that there was a white algae that could tolerate sun....Lovely photos and so lush looking which I am missing this time of year here...Michelle

What an amazing place; different plants and birds -- what a unique place; amazing it is predator-free. When I come back as a bird that's where I want to live! The white algae and what you said about it made me smile -- we have a lichen that grows on trees here in Florida that looks (not like what your algae looks like) but like somebody painted white spots up and down the tree trunks. I thuoght at first that they'd been vandalized, but instead it is the sign of a healthy forest.