We went to Wingspan again over the weekend to see the falcons and barn owls.
They have a lovely presentation and there are some pretty nice chances for photos.
Since the birds are not tethered (after being trained to stay around) they warn the
audience that the birds are apt to take off and sit on your head to look around at
any time, usually the back row, since it's the highest.
I was a bit reluctant to send Hubby for my extra batteries, but he's a good bloke
and went back to the car for me. On his way back, one falcon perched on a man
behind me and then decided Hubby was a higher perch! Apparently, he makes a great
look-out because the falcon flew over to perch on his head again later! 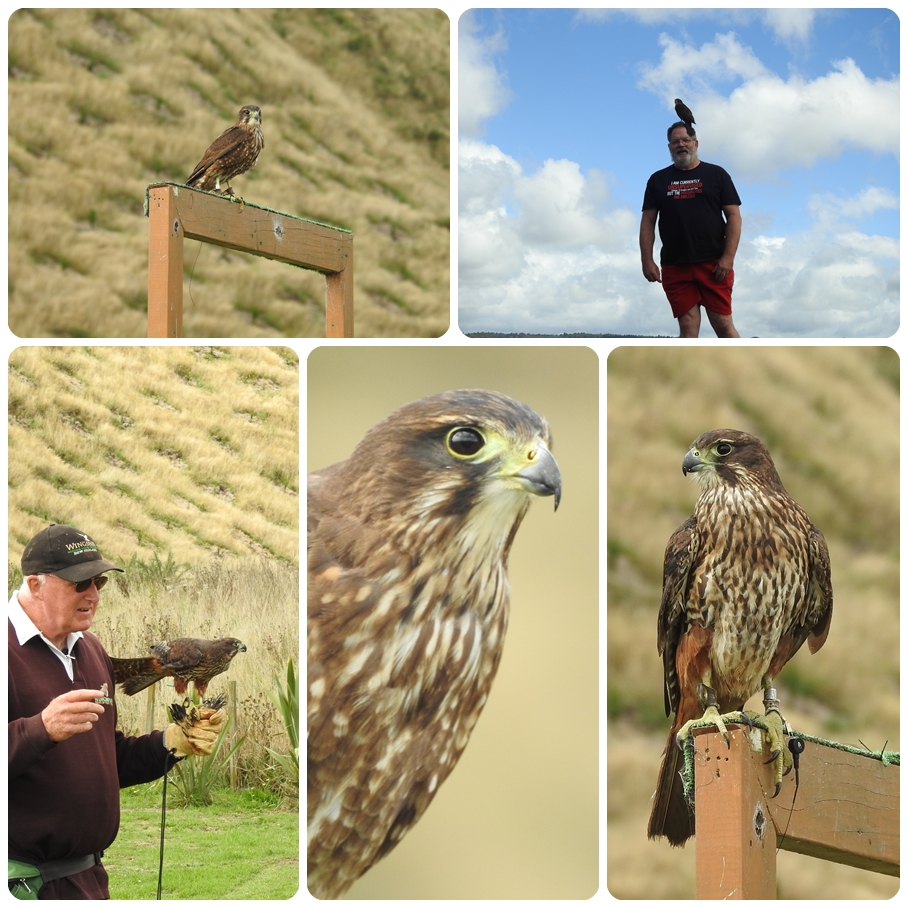 Barn owls from Australia have become a 'native' since they are breeding here now.
They are gorgeous creatures and Wingspan rehabilitates them along with the
endangered falcons. 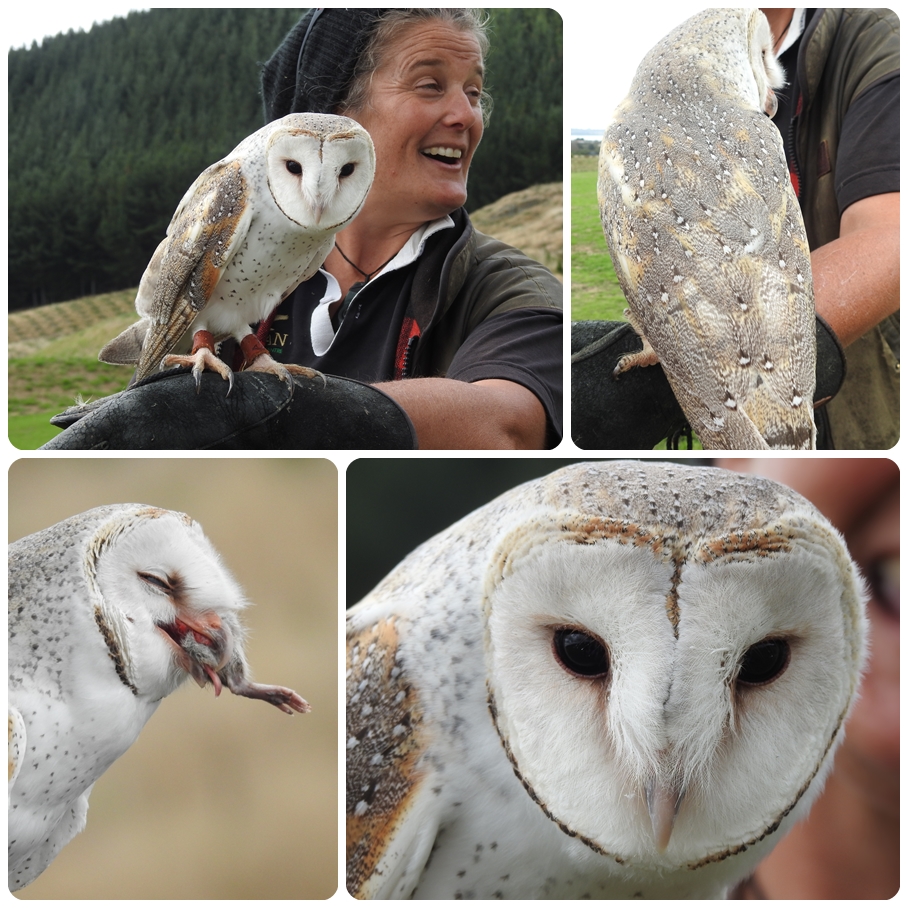 If you are ever in the Rotorua area, be sure to visit! The staff are so friendly and,
obviously, love what they do.
Wild Bird Wednesday
Join us at My Corner of the World each Wednesday!

What a wonderful experience and to have a Raptor land on your head Betty . WOW!! Have a good week ahead.

The Falcons are trusting of people, and that owl is just beautiful.

Wow! I'm (almost) speechless! 😊
The owl and the falcon are beautiful birds!
What an extraordinary experience!

All the best Jan

Awesome! We went to a presentation like this about a year ago in Arizona. It was at the Desert Museum in Tucson. People were packed in together in a small space (they have since suspended these free flights) and they did earn people to not stick their hands up above their heads. A few of the raptors grazed some heads on their flights.

Your husband seems like a real sport. I think I'd be a little freaked with bird like that perched on my head (glad I'm not tall). What a great experience!

OMG we've spent time in Rotorua, loved it. But didn't hear of this place.

Great rehab place ... they do such good work and make great photo ops (especially if you have a tall husband with you! ). Very nice post, thanks to both of you!