The main hospital museum building was an ex-boys borstal (youth detention center) from Levin which was built in the 1940's. The west building (entrance below) was the nurses' recreation room built in 1953. 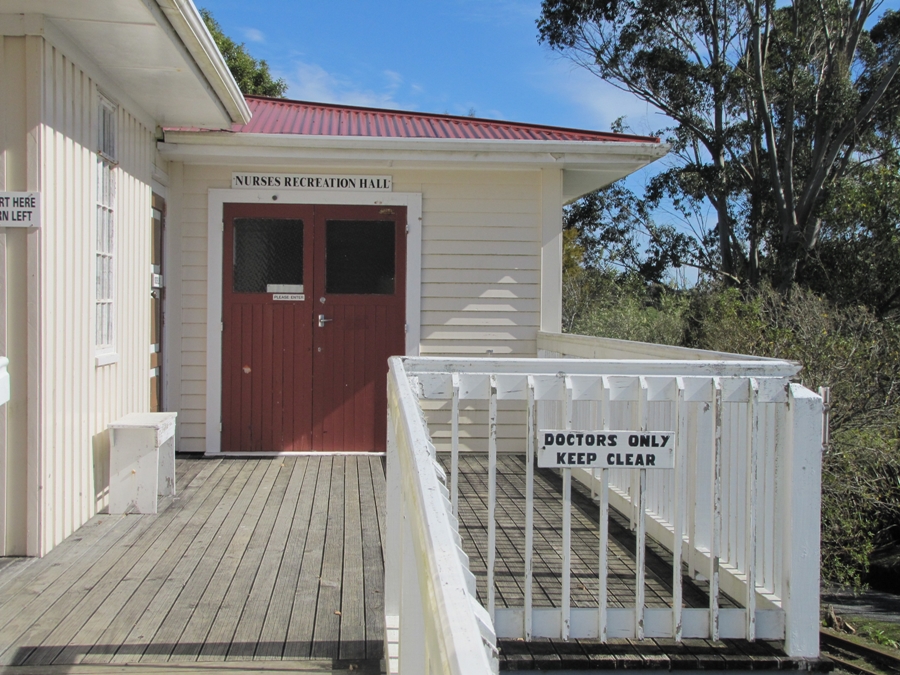 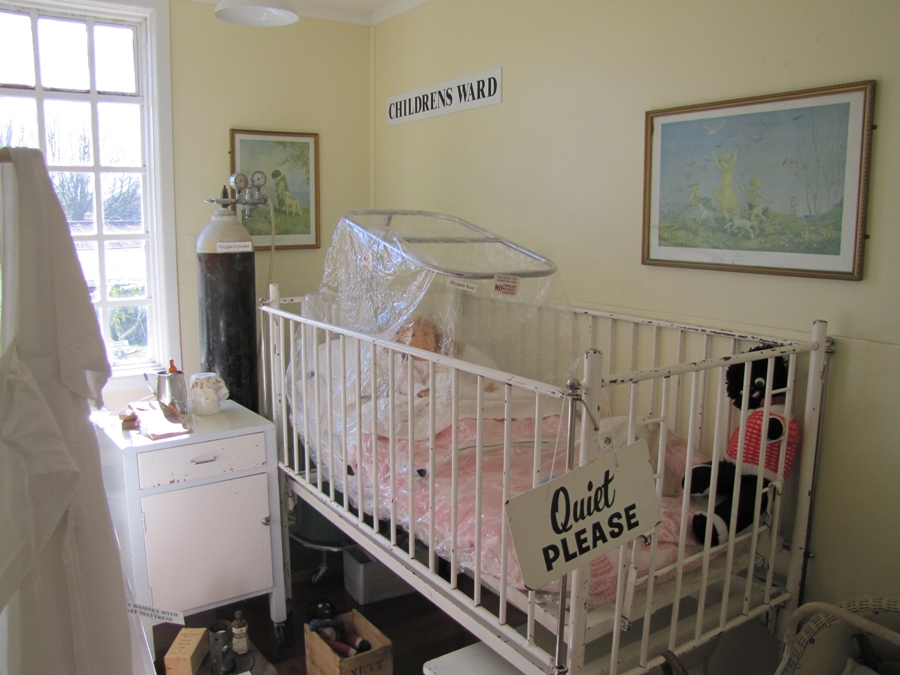 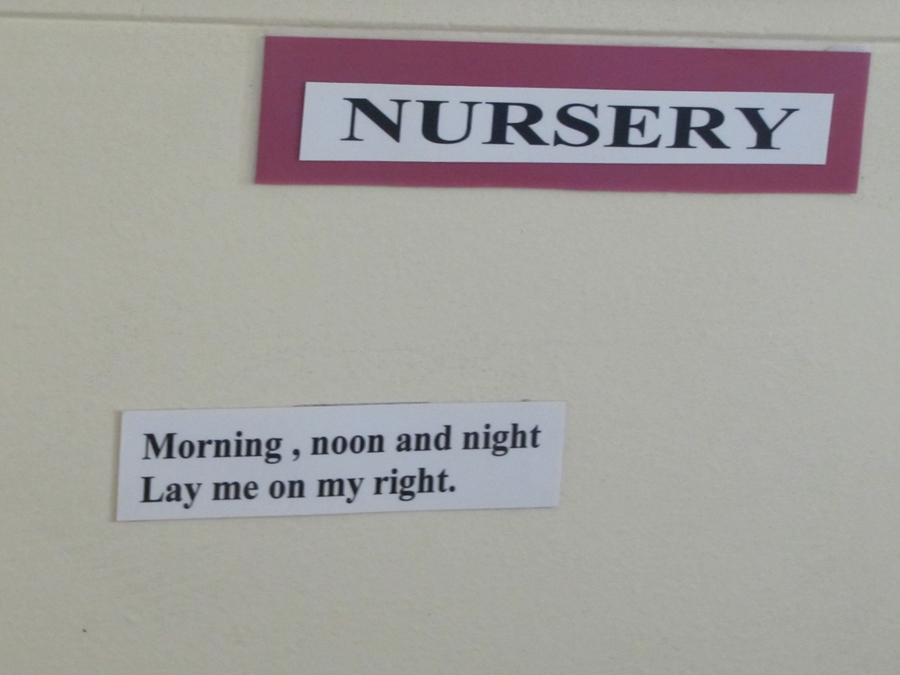 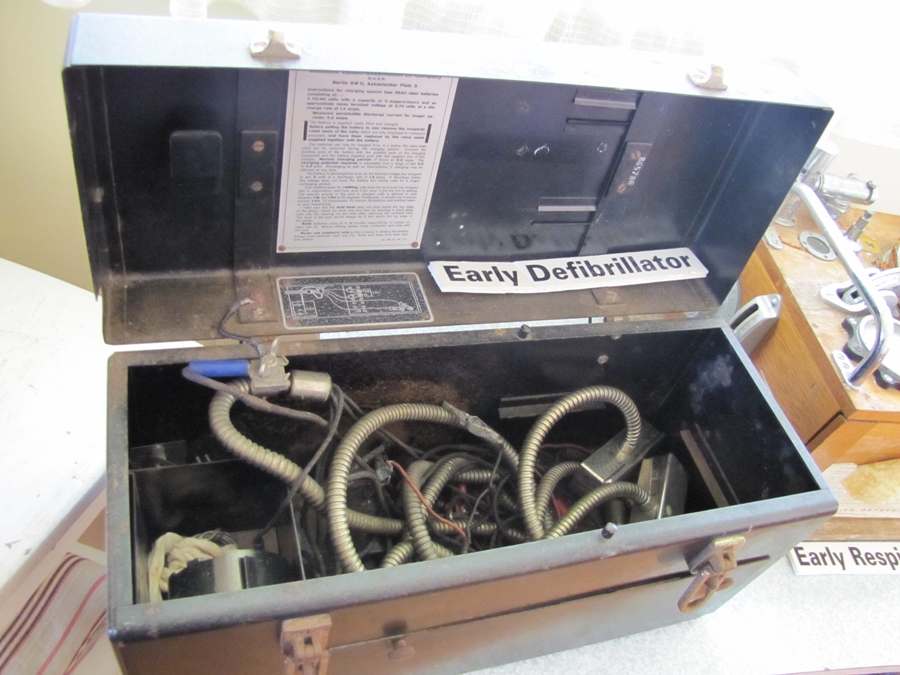 Sign says: Written on the side of the iron lung: "Do not destroy this or the bellows. It will become in time an item of medical history for a museum. Signed A. Hayton 1979 Hawera Hospital" 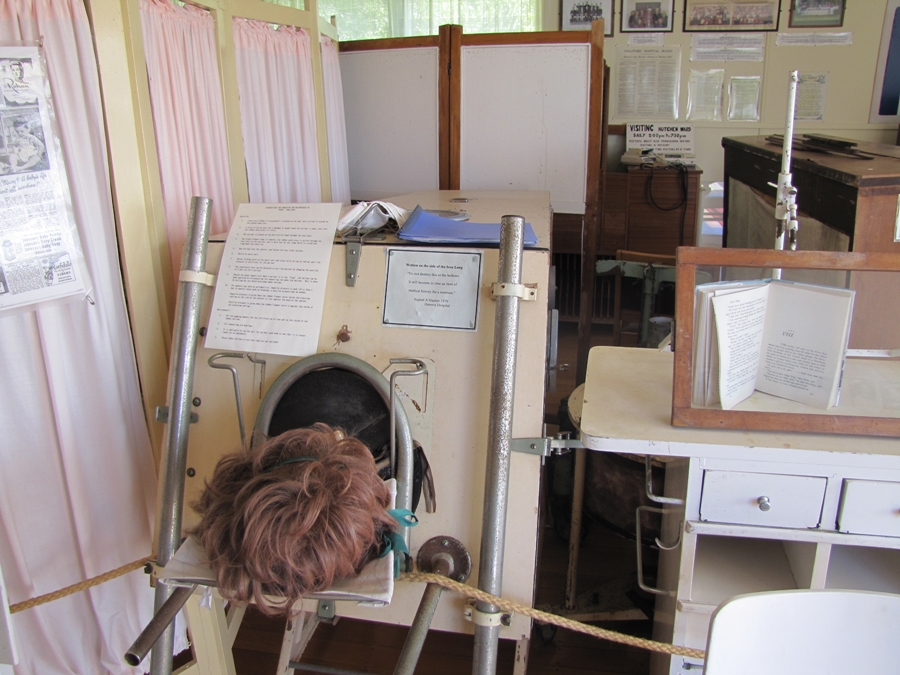 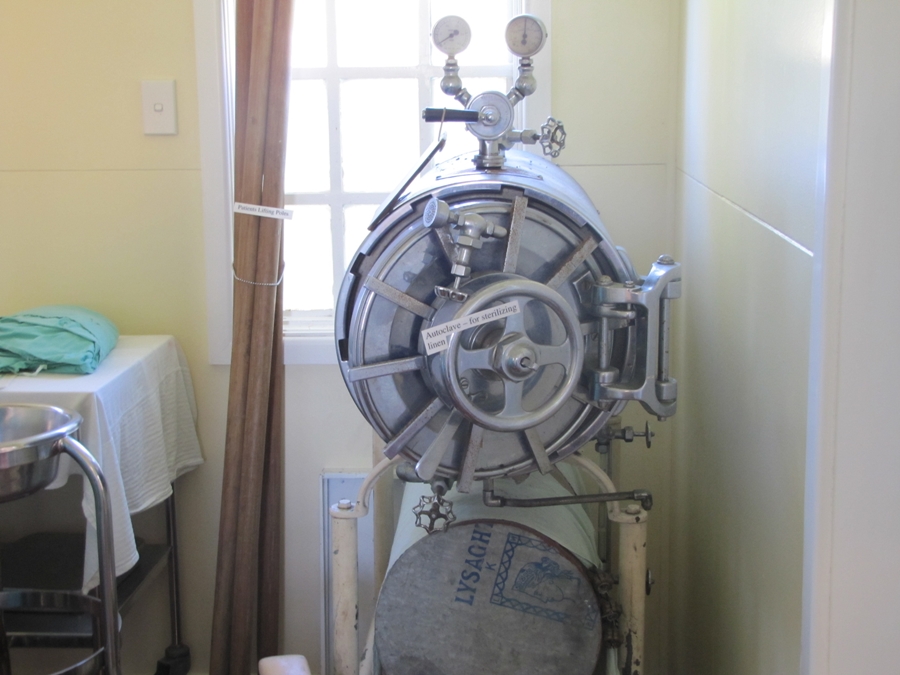 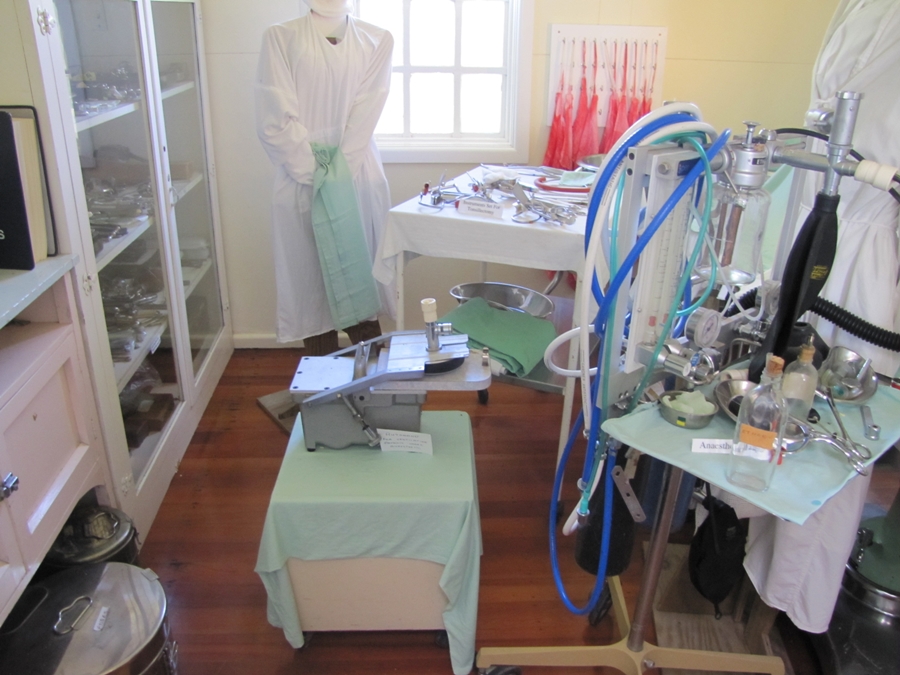 This was originally built around 1890 and situated in New Plymouth and moved from Taranaki Base Hospital to Taranaki Pioneer Village on 28.2.86. The display is a memorial to Drs Bill and Doris Gordon, both prominent Stratford physicians. Some of the medical equipment was donated by the Gordon family. 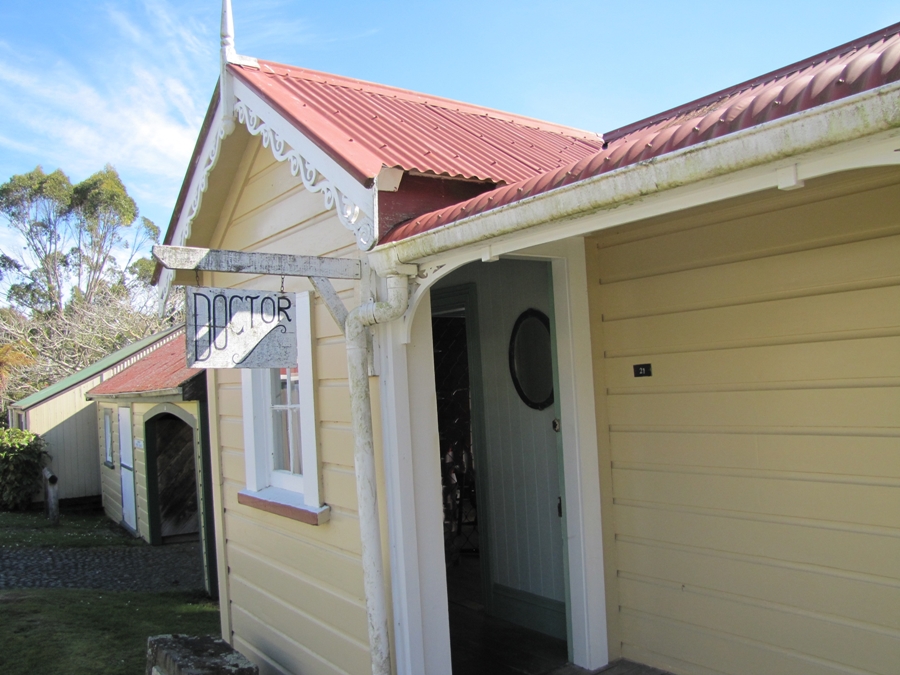 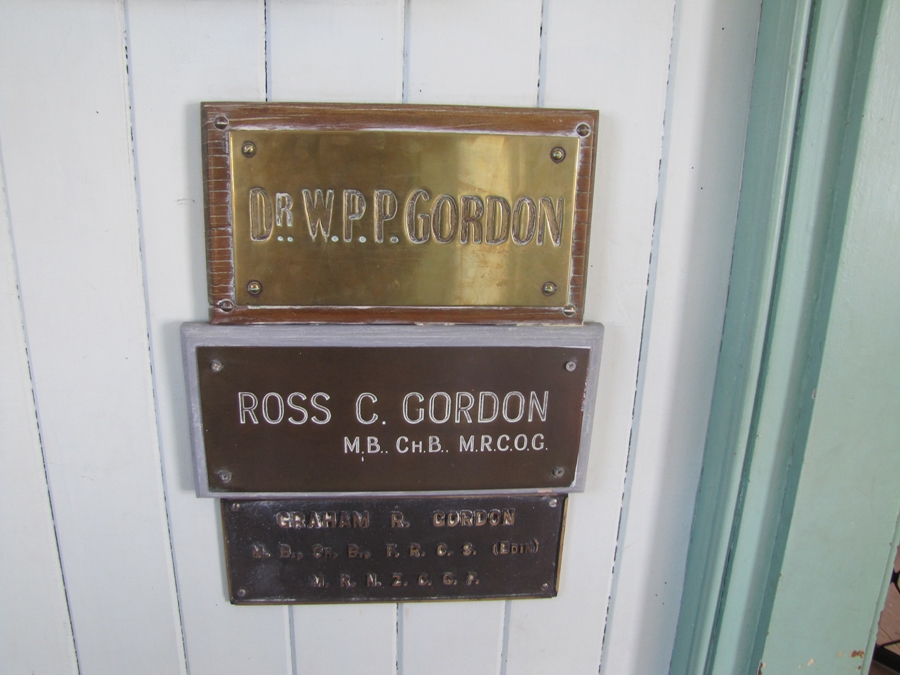 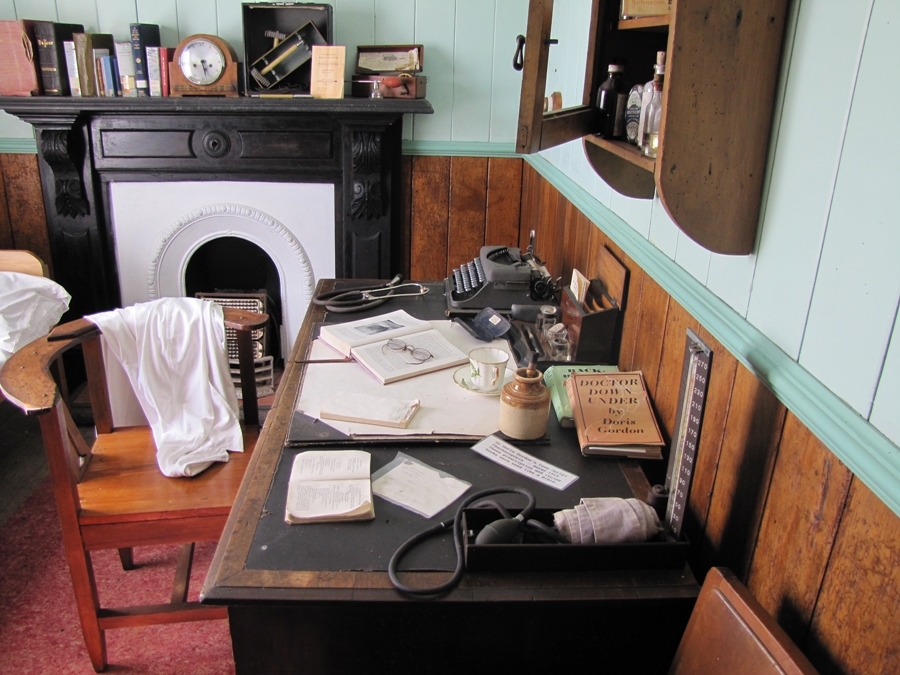 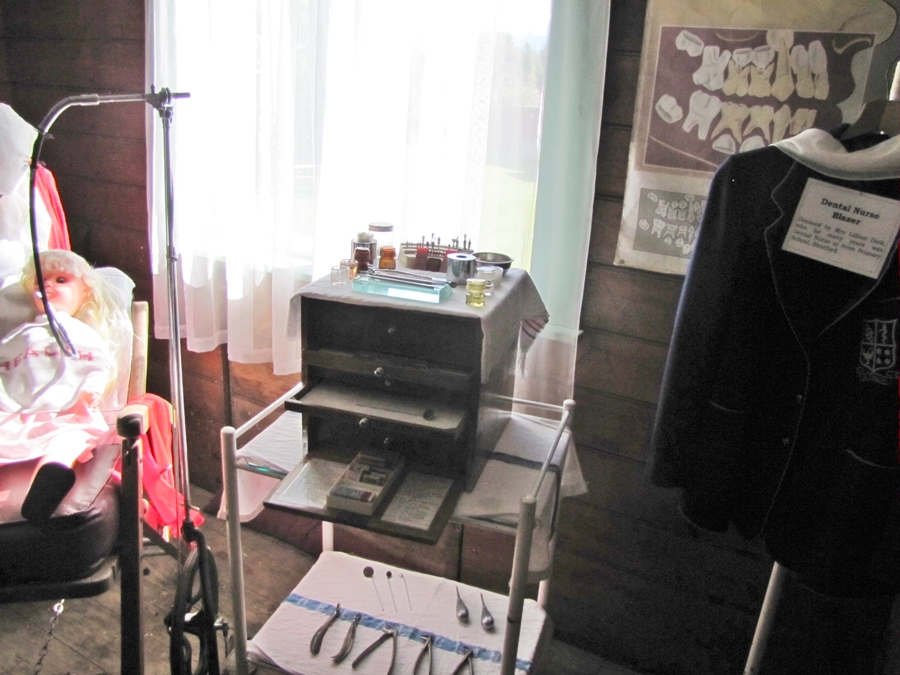 What a great find. Very interesting and a little bit scary to think of healthcare back then. :)

My, oh, my! It would take all day to see everything there! And be interesting.

What a wonderful presentation of old hospital items. I enjoyed seeing and learning about them.

My things have changed. Changed for the better. Tom The Backroads Traveller

how scary everything seemed back then!

Hari OM
Crikey; just think. There are things being used on us today which will make museum exhibits some(perhaps not distant) time in the future... YAM xx

I'm sure it was very high tech in its day, but I think I prefer the more modern methods of treatment. Interesting museum! Thanks for linking up.

Hello,
I love this post, it's a nice memorial page for the Gordon doctors! I especially love the little yellow office with the red roof...such a cute place! Thanks also for taking time to visit my blog!

Dawn
@ A Place for Pictures and Memories

Wow. Doesn't that take us back. So glad medicine has made a bit or progress. lol. (Well, let's just say progress in some areas and absurdity in others...)

That takes me back to some scary memories of my childhood, polio epidemics and iron lungs for one. It's interesting and instructive to see the way things were done in the past.

I found this so very interesting ...I am a 1070's trained nurse and can see this medical equipment is from way before then! The doctors Gordon are my mother's cousin and uncle.

Very interesting post and one that makes me so glad I didn't live back then.

This museum looks so interesting and fascinating! Have to say, the defibrillator looks a bit scary! :D

What a fantastic place to see! Love that we can learn from these older implements about how life was in that earlier time. They have been carefully preserved, and are wonderfully displayed!

Nice find. I imagine we're all happy for modern medicine!