A different sort of pill box

We came across this piece of history as we walked along the river at Waitara. I thought it was cool so I checked out its history.


During World War II the Home Guard was formed in New Zealand, becoming compulsory and formalised as the second line of defence in early 1942. The local Home Guard Battalion defended a number of localities along the Taranaki coast, especially around the former Bell Block Aerodrome. The Waitara Company was responsible for the coast from Waipapa Stream to Waiongana River. One platoon was assigned beach defence while another defended the freezing works.
This concrete machine gun pill box was one of two installed at Waitara by army engineers. The other can be found on West Beach off the end of Broadway, slowly being overtaken by coastal erosion.      http://www.waitara.co.nz/index.php/history/heritage-trail 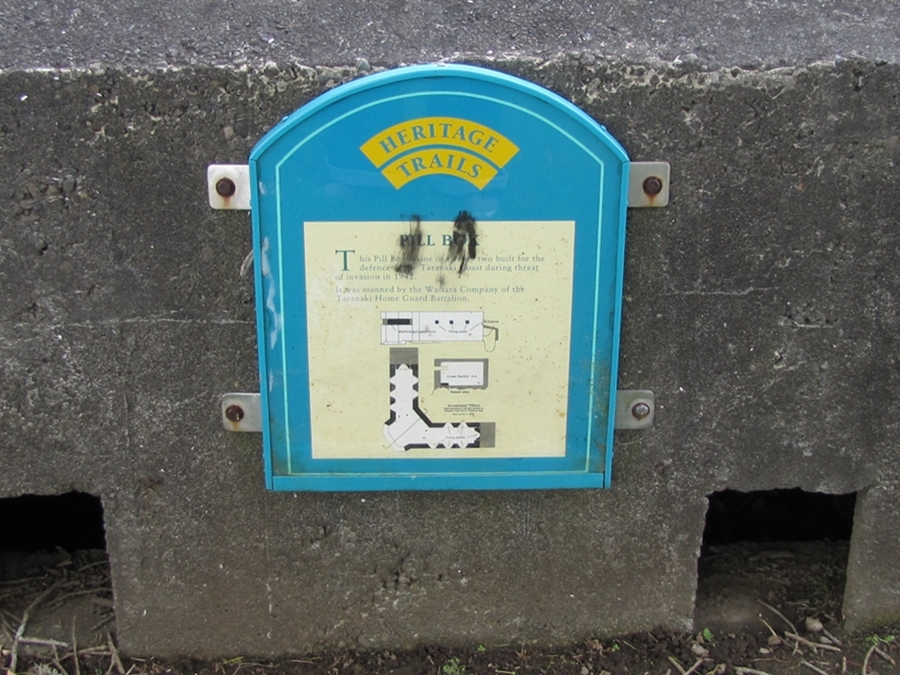 Apparently, the name 'pill box' comes from the shape of the first built. This one is called 'arrowhead' and is a common shape in the North Island. Round ones were more common in the South Island.

I believe that I heard the term pill box years ago, but would have had to search for its meaning. Tom The Backroads Traveller

How interesting.. I love a good dose of history!

i had never heard of that before, interesting!

I've never heard of the term berfore. I love history and historical sites. Very interesting! Thanks for linking up!

Hey that is cool, and very well preserved so far!
Wren x

But never saw a photo of one.

I take it, that there is a trench, on the other side, of what we see in your photo... And men lay in there, and shot, through those "holes"....

Tessa~
Upper NE of the US

Next to my Icon, top of my Comment, is a click-able link back to my Blogger blog... "Here there be musing" blog

how great to find a piece of history like this. TFS

It's really interesting to learn the history behind landmarks. #whatsthestory

This was very interesting. Thanks for sharing!

I would feel very safe in there. I would be a good tornado
shelter as well.
Thanks for the visit...Janey

There is a lot of history around these shores. You've prompted me to go and see the disappearing gun on our peninsula, if it's still there, haha.

It's neat to find things like this and learn a bit of history. I think this is pretty cool.

Interesting bit of history ... kind of makes you think to stumble upon one of these!