This is the (man made) entrance to Ruakuri (rua means 'two', kuri means 'dog') Cave
According to Maori legend, hunters found two dogs at the entrance of the cave. 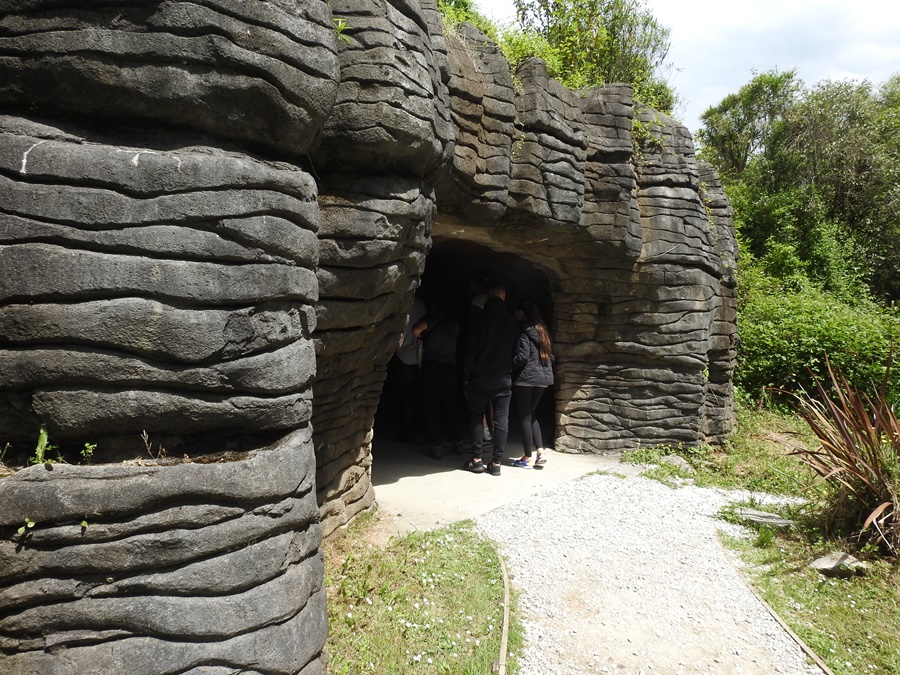 Basically, engineers shoved a huge tube down into the ground and dug out the dirt
to make this spiral walkway down to the cave.
(Photo stolen borrowed from 100% Pure New Zealand.) 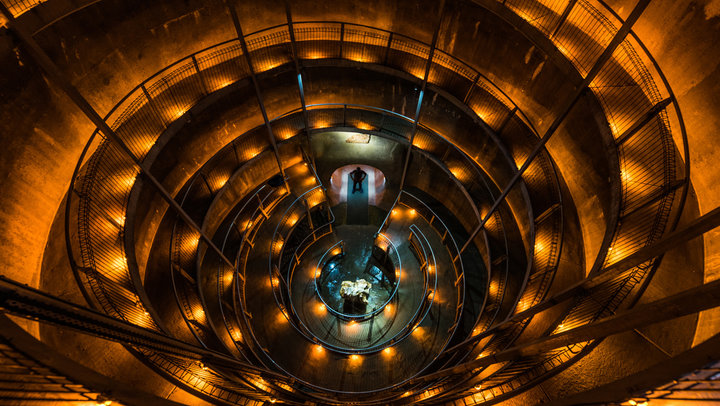 Stalactites of all sizes are everywhere along the way. 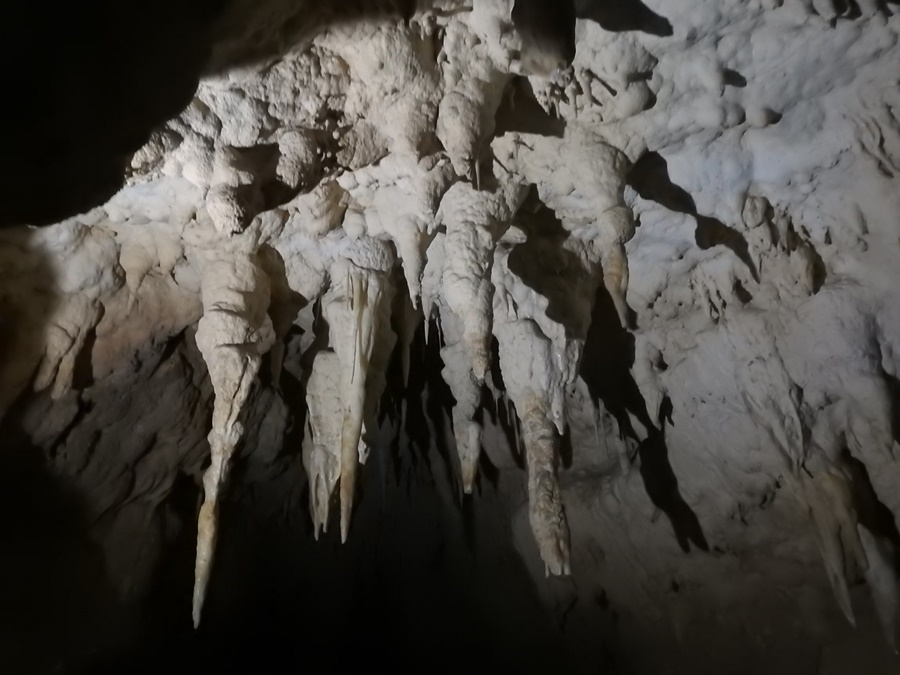 These 'sheets' formed because the ceiling was at an angle. 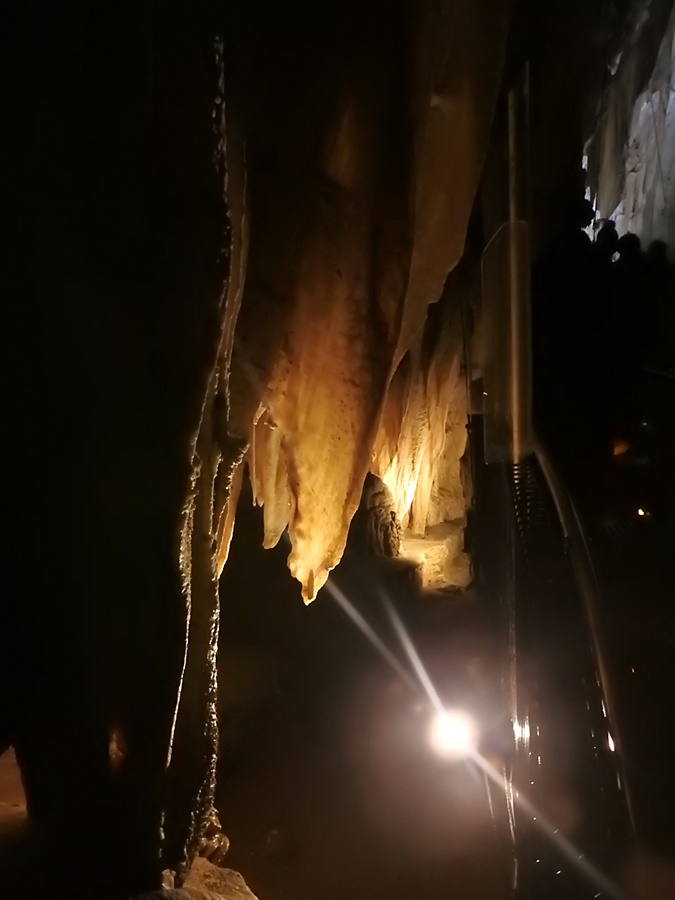 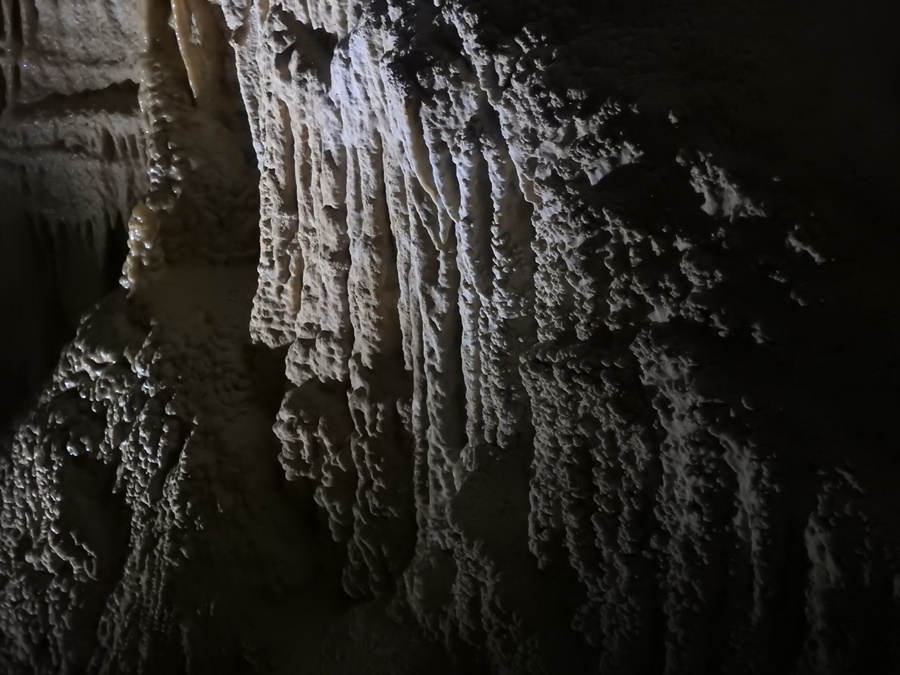 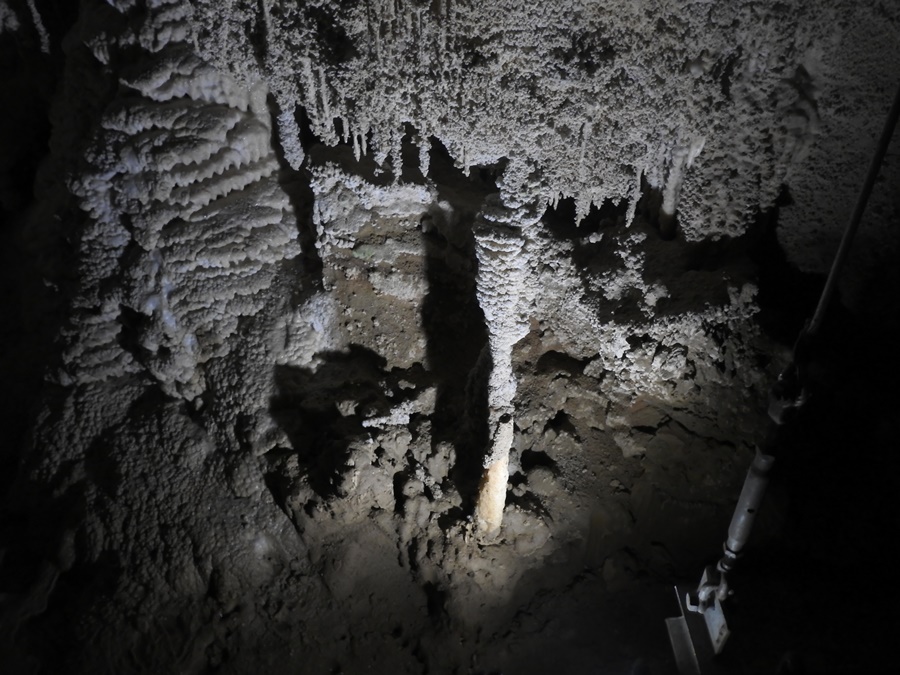 A fossilized shell in the cave. 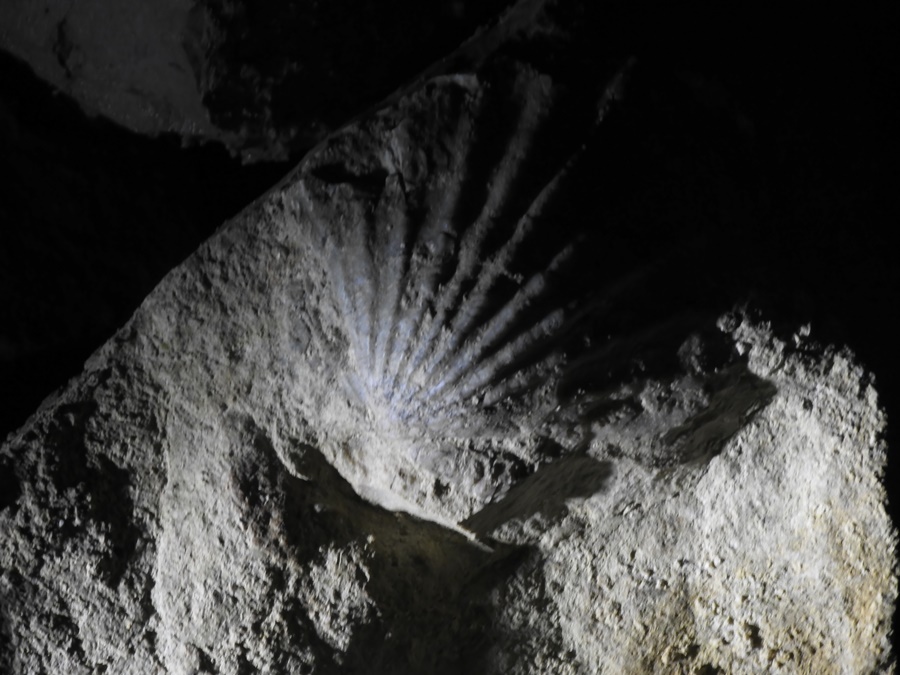 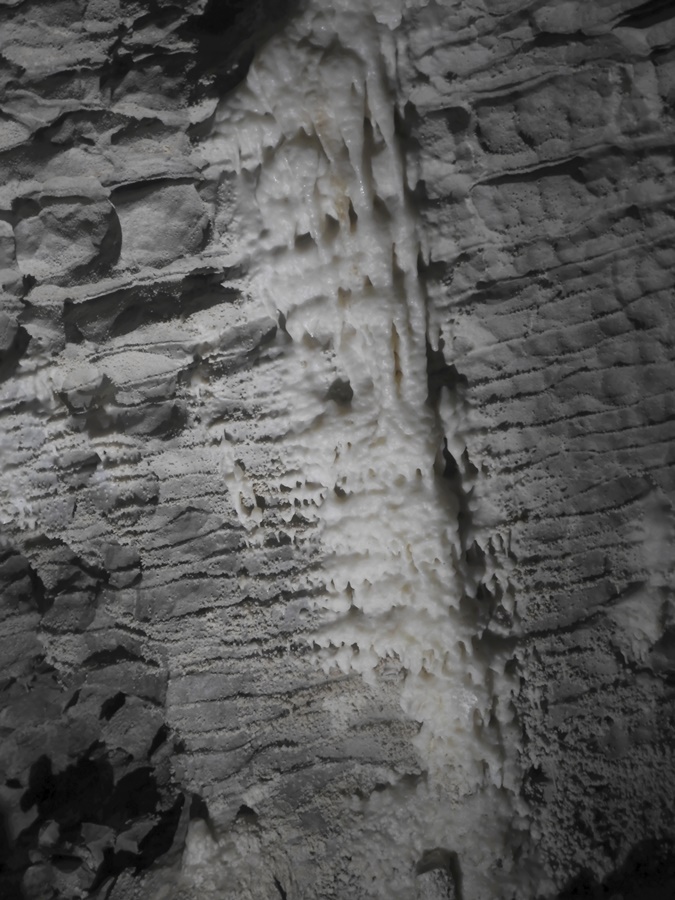 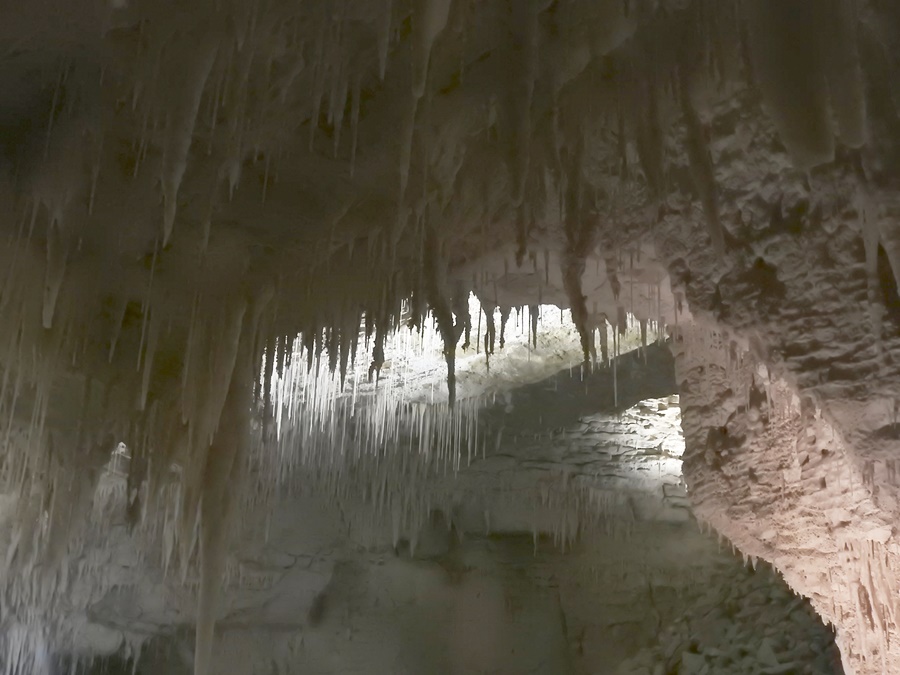 Below are 'straws' because stalactites are formed around the water drops before they become larger. 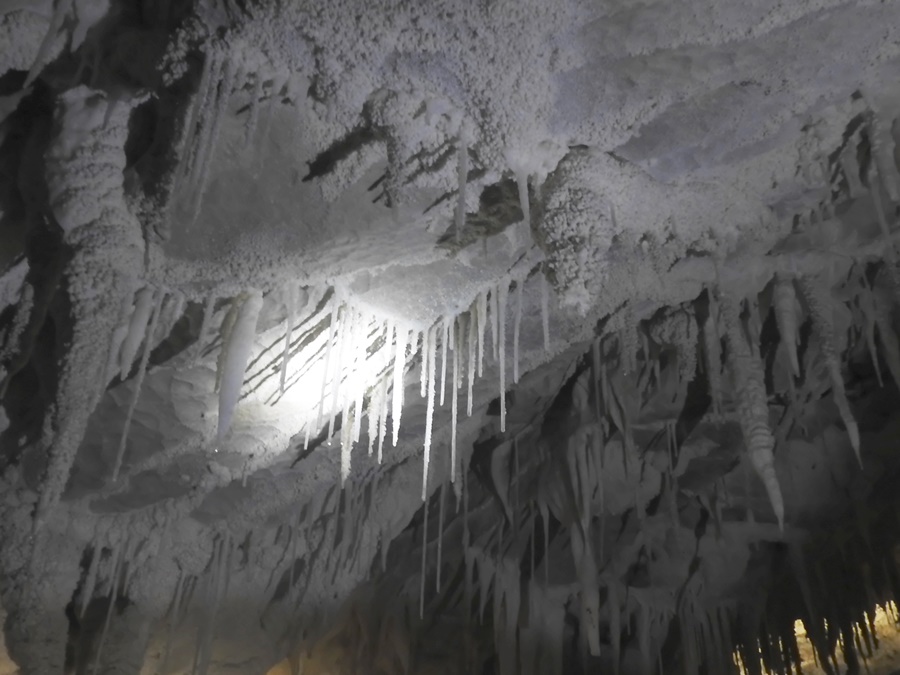 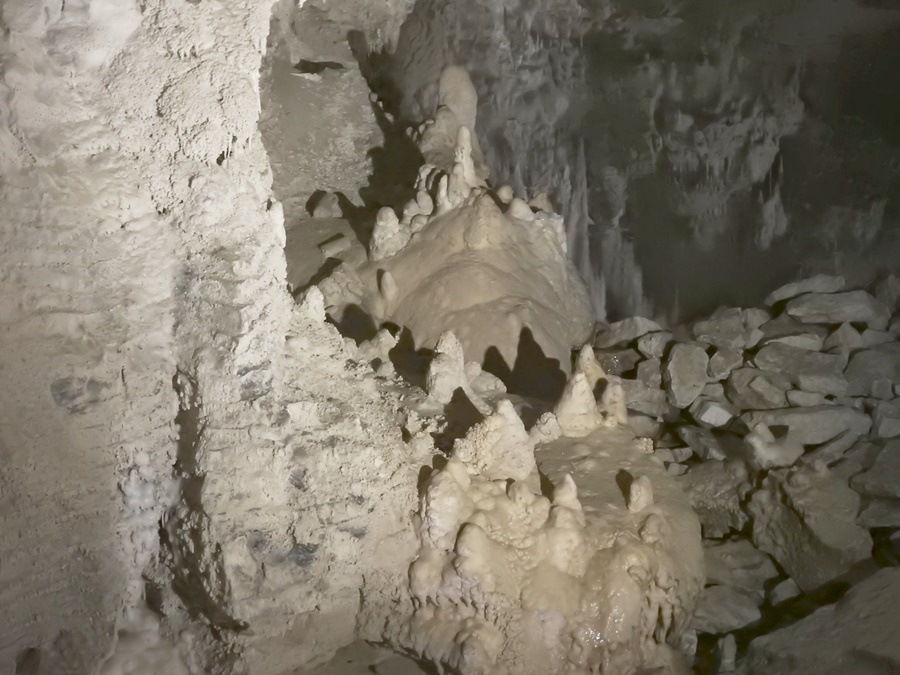 It is guessed that this large hole was formed from the bottom up! 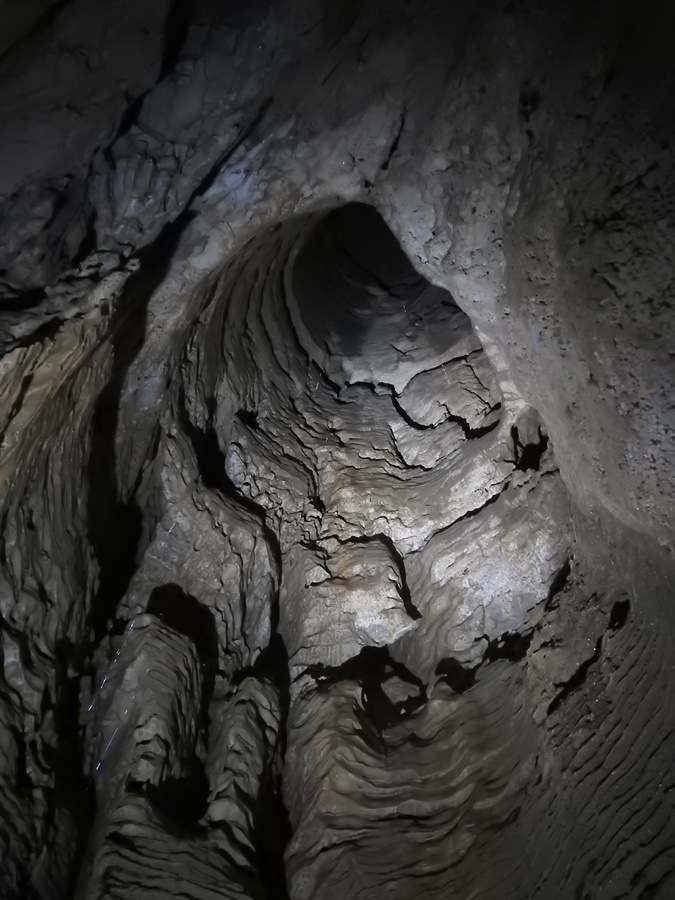 At the farthest point of the cave, I was a bit knackered (that's  British for 'tired' as
Hubby's vocabulary is rubbing off on me!), but we made it! 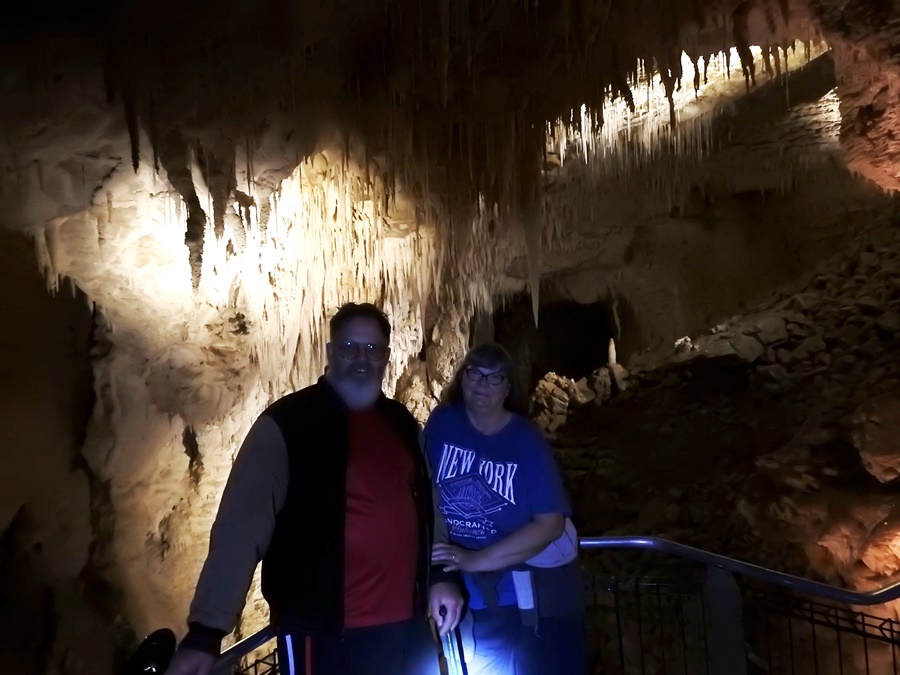 As always, photos don't really do justice to the views, so if you
get the chance, by all means, go see it for yourself!

What a cool place! We have a similar one here, just outside of Jerusalem, but I have never managed to photograph it as well as you have.

IT must have been fabulous to see this. Stunning Betty.

...Betty, what a difficult assignment you had to photograph these natural treasures. I've only been in a cave once, not the most enjoyable experience for me. Thanks so much for sharing, olease stop back again.

Hari OM
I love caves - as long as I can see the entrance; I do have claustrophobia (it took years to figure out and understand the effects of it!) and the thought of going that far underground has me reeling! I congratulate you on having been able to make this journey and shall enjoy the views from the wide open space of my lounge!!! (It is wonderful, though, to see you in front of the lens for a change. Always lovely to put a face to a blog!) YAM xx

That Cave is Sensation.

Wow! Just wonderful. I would love to see it sometime.

I love your cave pictures. It's great to see parts of the world I may never get to visit.

Thank you so much for sharing your wonderful adventure in Ruakuri Cave. I would so love to visit it. Your photos are spectacular!!
Have a wonderful November :)

Some things you can not imagine unless you see them in person. I've been to some caverns here in the US and it's quite an experience! Hugs!

Wow. I have been in many caves, but the formations never cease to amaze me when I think of the time required for them to form. This entrance is very unique - a clever way to get down to cave level.

It is beautiful inside!

The cave is really neat. I'll have to check it out if I return to Waitomo.

wow amazing. Thanks for sharing.

So cool! I love caves. if there's one to explore, I don't leave any rock unturned. Literally.

Caves are so amazing, aren't they. These were great pictures.

Fantastic! What an amazing way to see inside the cave. I love the fossilised sea shell too.
Great pics Betty :D)

Wow, what a place! there is so much to see in this world that one lifetime is not enough :-)

What an amazing place! Made me think of the Carlsbad Caverns. I am so glad you got to see it and shared these wonderful photos with us.

how wonderful. I did not even know it existed. Wish I had been there too.