You might remember from earlier posts that there is a hawk that lives close to our house. Every day, I see him (her?) flying along the fence lines looking for food. Since they are opportunistic eaters,   Hubby will occasionally bring fresh roadkill back to the house.

I know that sounds weird, but we use it for photo opportunities because they are very skittish birds. I close the curtains in one room enough to see the roadkill but still be hidden and Hubby places it in the field paddock in the right place.

I thought it was a bit strange that the latest rabbit laid in the grass for a couple of days with no notice. Then, there he was!

But, there was something off about his color. I didn't remember a white patch on his head but just figured I wasn't as observant as I like to think I am :). 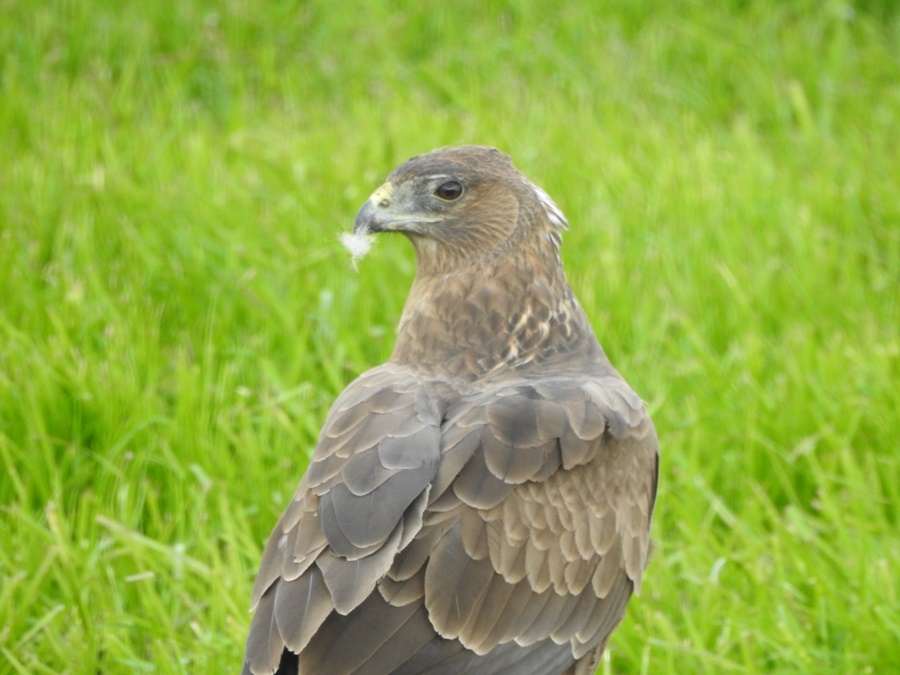 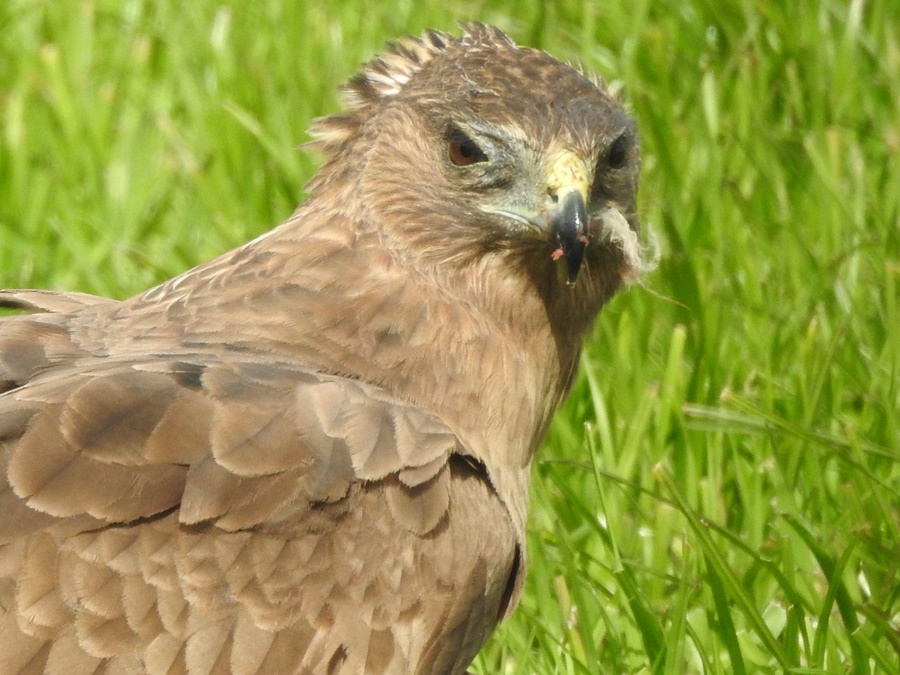 I won't bore you with ALL the photos I took! 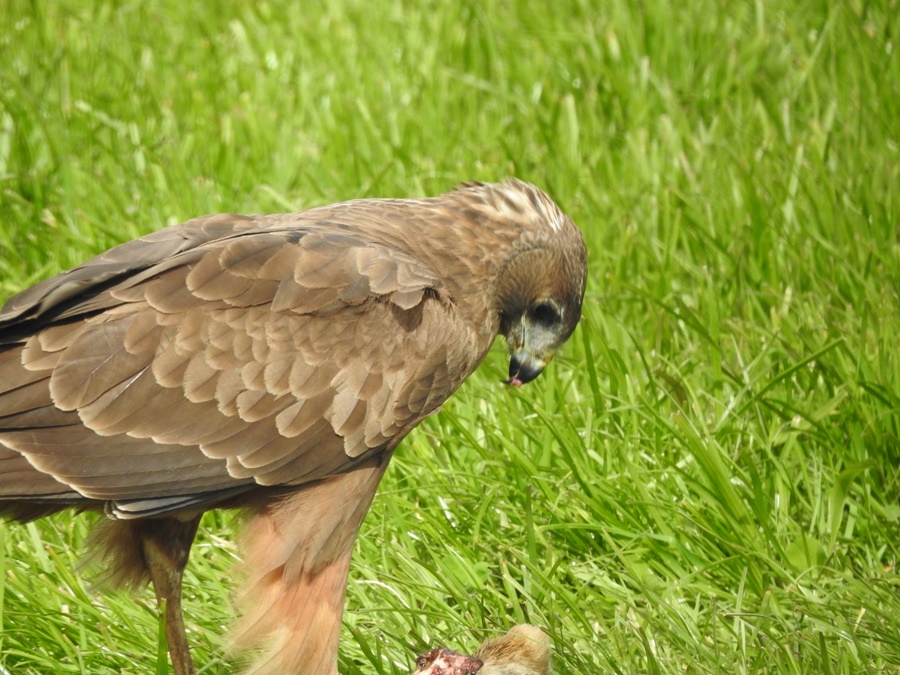 And, as I was snapping away, another hawk showed up! 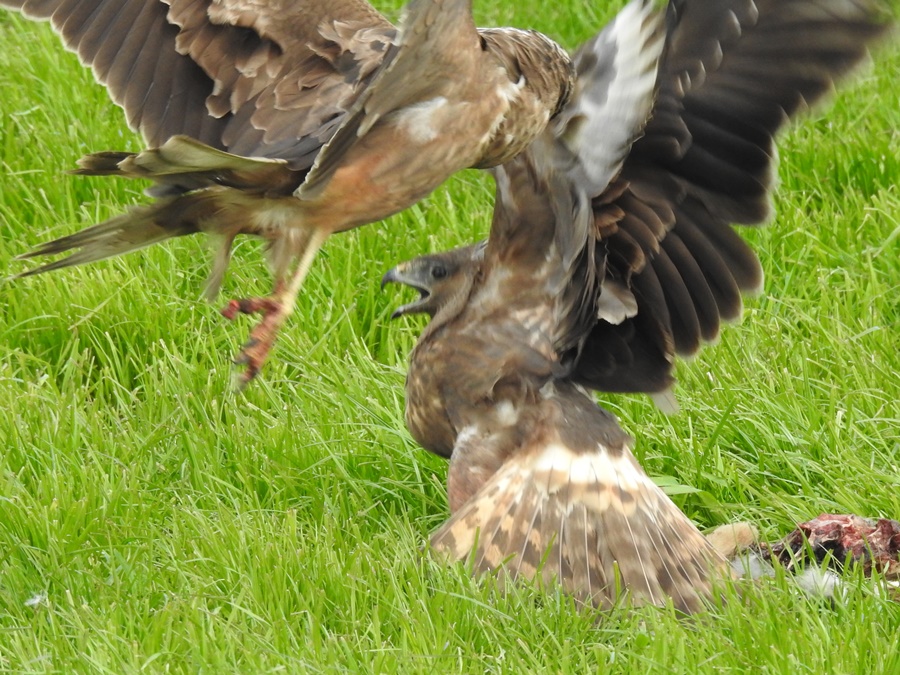 The second hawk had the white feathers on his head, too. Just after I snapped this shot, he landed a ways away and kept his back to the hawk that was eating. 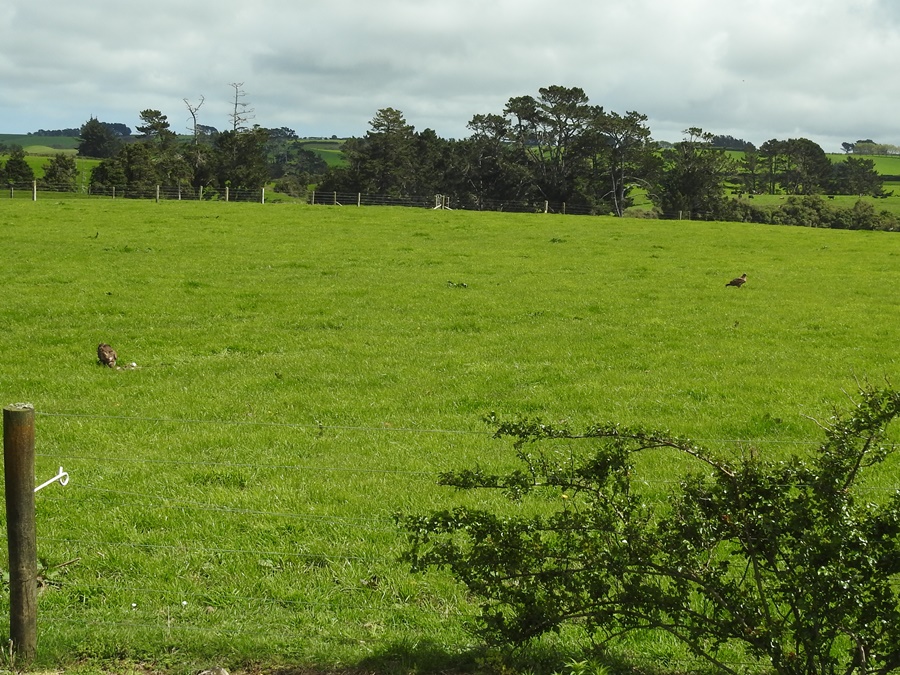 When that one was done and walked away, the second hawk ate. 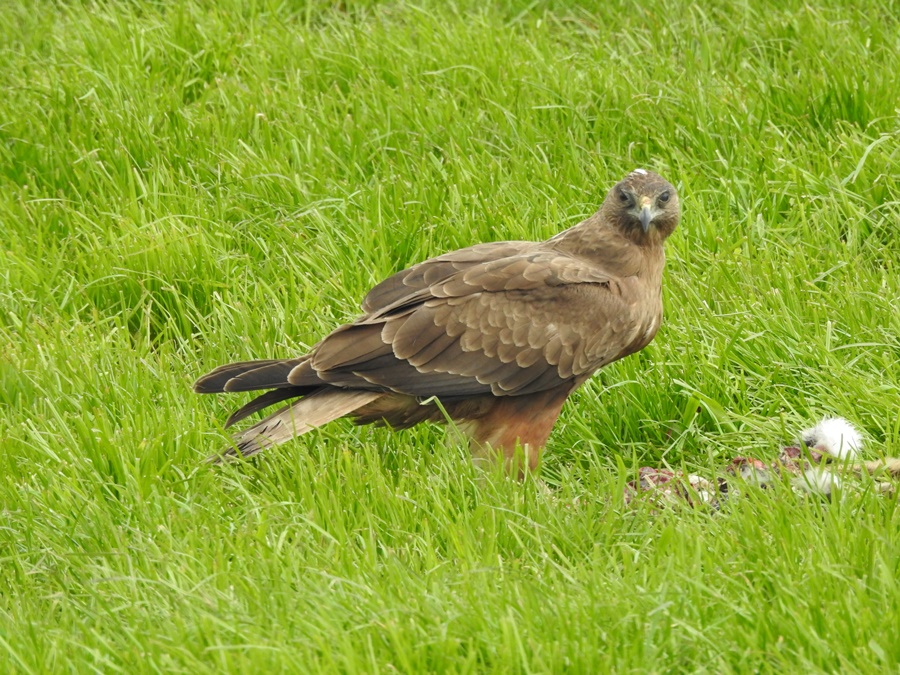 Come to find out, the white feathers indicated juvenile birds.

And, while I was watching these two, I noticed a hawk in the background that I'm sure was Twitchie (our resident hawk) scouring the hedges.

Since I've only ever seen a second hawk during mating season, I have no idea where these two came from or what they were doing in my part of the area. I will have to keep an eye out for them to see if they hang around.

Some wonderful close ups achieved with just some roadkill and a lot of imagination. Great stuff!

Nice close-ups. Sounds like Twitchie's territory is under threat.

Hari OM
Oh the roadkill was an inspired idea and what a wonderful opportunity to share in this magnificent species lives at close range! YAM xx

I think you enjoyed photography very much. Great shots.

Nice pictures - I think your hawk is a Swamp Harrier, which we get in Australia as well.

Interesting shots....you have great patience!
Thanks for sharing this.

You must have the most comfortable bird-blind in the whole world! Those beautiful pictures (and fascinating observations) from inside the comfort of your home.... thanks for sharing these ... and thanks to your hubby for providing the photo bait (oh and for feeding the hawks too of course).