As he drives his truck around Taranaki, Hubby is always on the lookout
for interesting places to show me.  If you didn't know it was there, you would
totally overlook this entrance to a small cemetery along the highway. 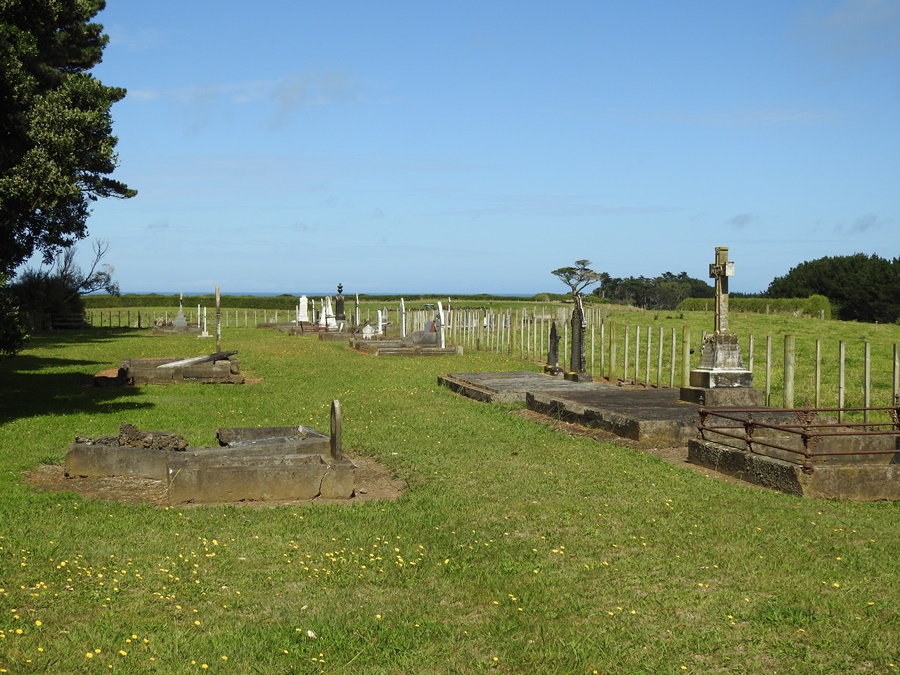 After some research after out visit, I found that Mr. Mackie is buried here but his
headstone only has his first two names on the headstone so I missed it.
Click here to read more about him. 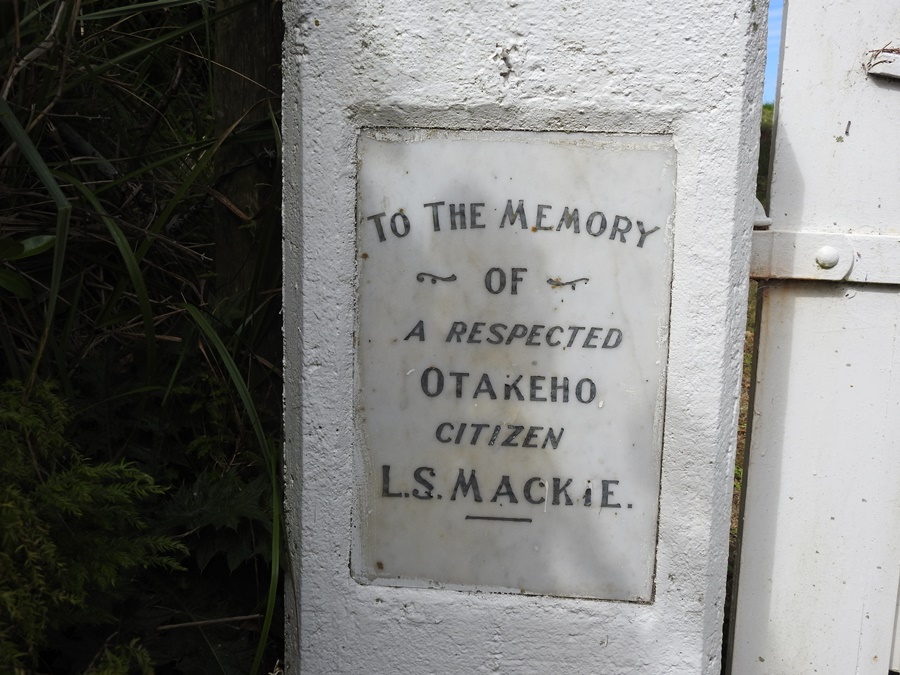 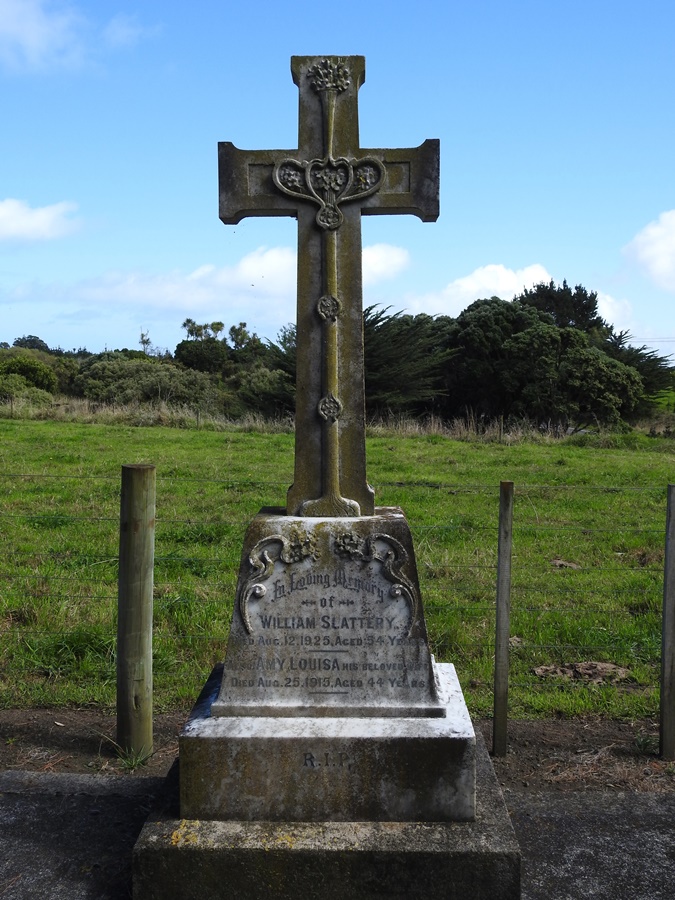 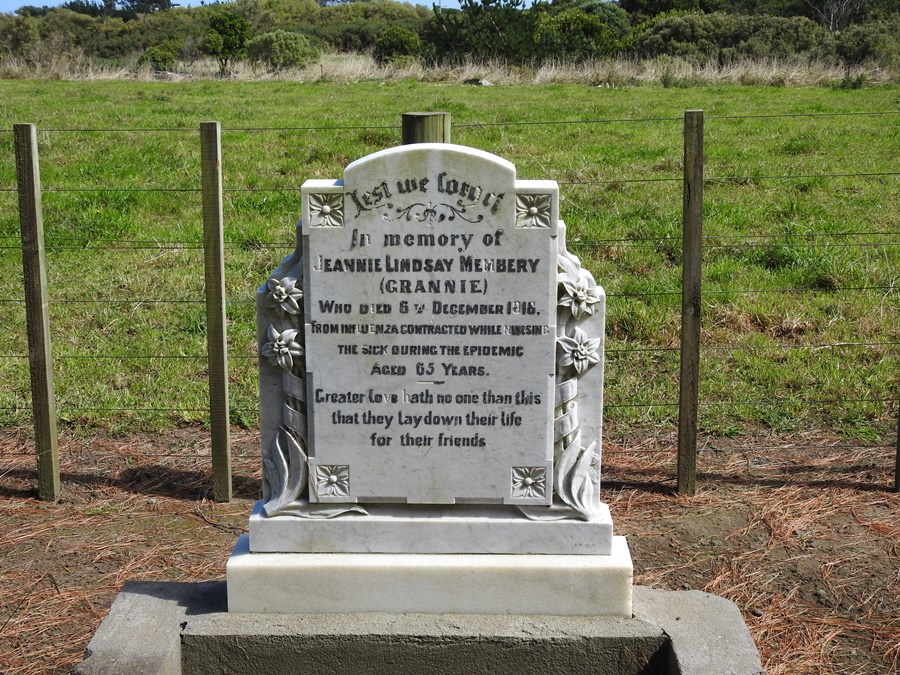 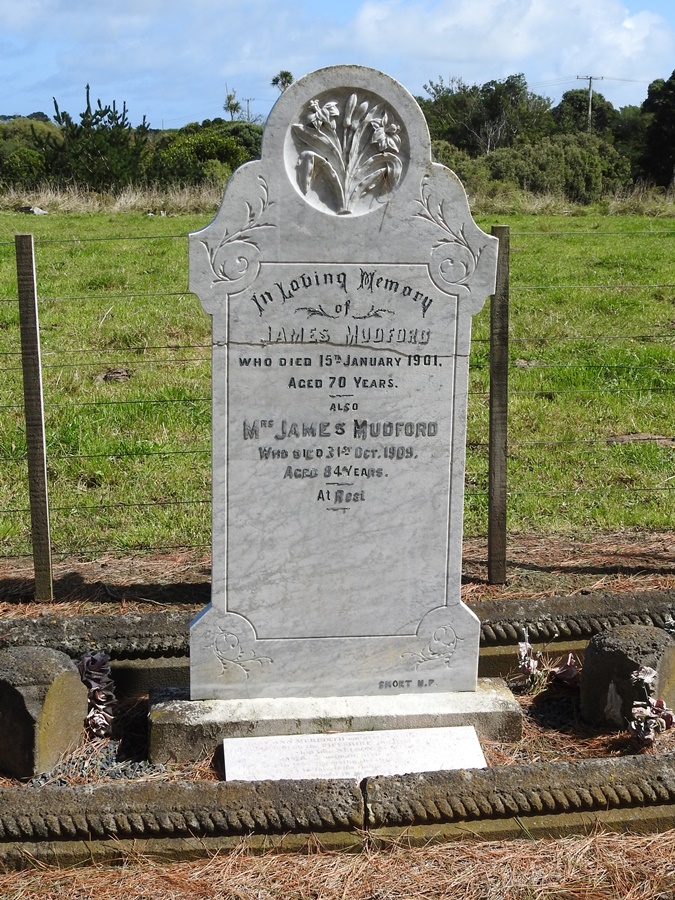 At the base of the above marker is this plaque about his James and his wife.
"Mary Ann Meredith emigrated with her family (The Joneses) on the FIFESHIRE, the
first settlers sailing ship into Nelson, in 1842.  James, a seaman, arrived in 1834.
They wed in 1855, becoming the third settler family in Tuamarina in late 1870's.
They relocated to Foxton then farmed in Rongotea area. They moved to Auroa in 1892." 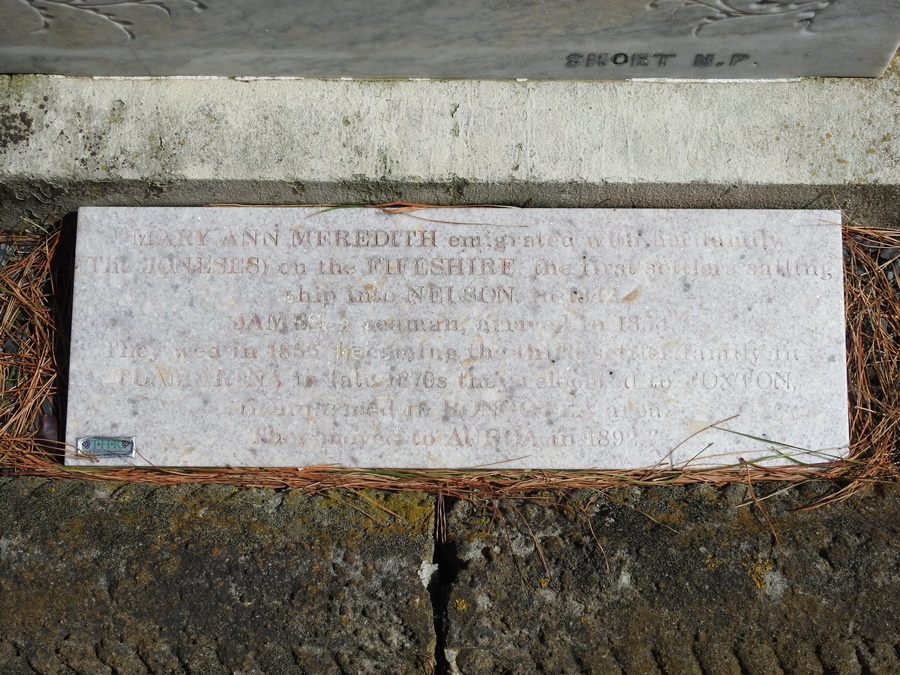 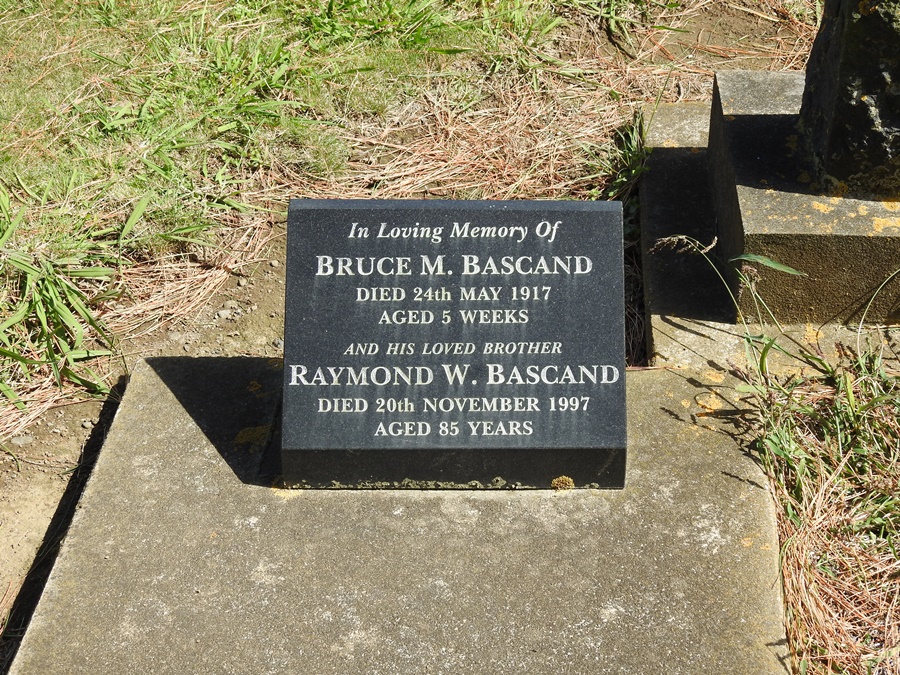 Yes cemetaries are interesting places. I wonder why the child died at5 weeks old. left areply to your question on Monday's post

Interesting that we both posted photos from cemeteries today. Grave markers often tell stories about the people who lived and died, sometimes sad, but always interesting.

So many tales from just a few words on a headstone. What a difference in two brothers' lives.

I like visiting old cemeteries, Betty. They have quite a different atmosphere to the new ones... Lovely shots.
Thank you for participating in the "My Sunday Best" meme.

I love old cemeteries! You found some lovely and interesting headstones!