Along the Hokianga Harbor, there is a stretch of beach that contains some interesting rock formations called the Koutu boulders. My mother-in-law and I walked along the beach and it took us the best part of two hours.

Most sites say it's an 'easy' walk if you go two hours either side of low tide. Maybe if you're 25 and have done a decathlon or two. But for two, ahem, older gentleladies who were looking for a stroll down the beach, not so much.

But we were determined to clamber over rocks and get to the other end--mostly, because we didn't think we could get back up the steep bank that we came down from the car.

And, by golly, we can say we walked from one end to the other!

I didn't see any 20 foot-tall concretions like they said we would (whoever 'they' are), but some were pretty big. I am 6 feet tall (that's me in the blue) and several were taller than me. I hope you enjoy the views. 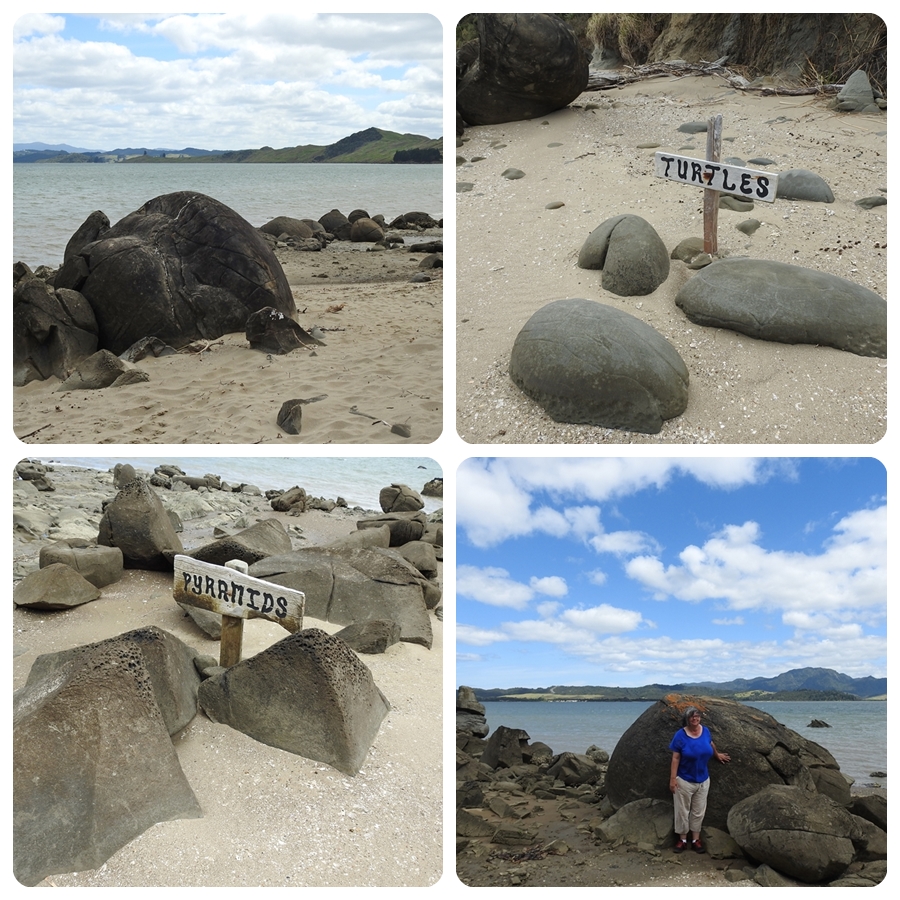 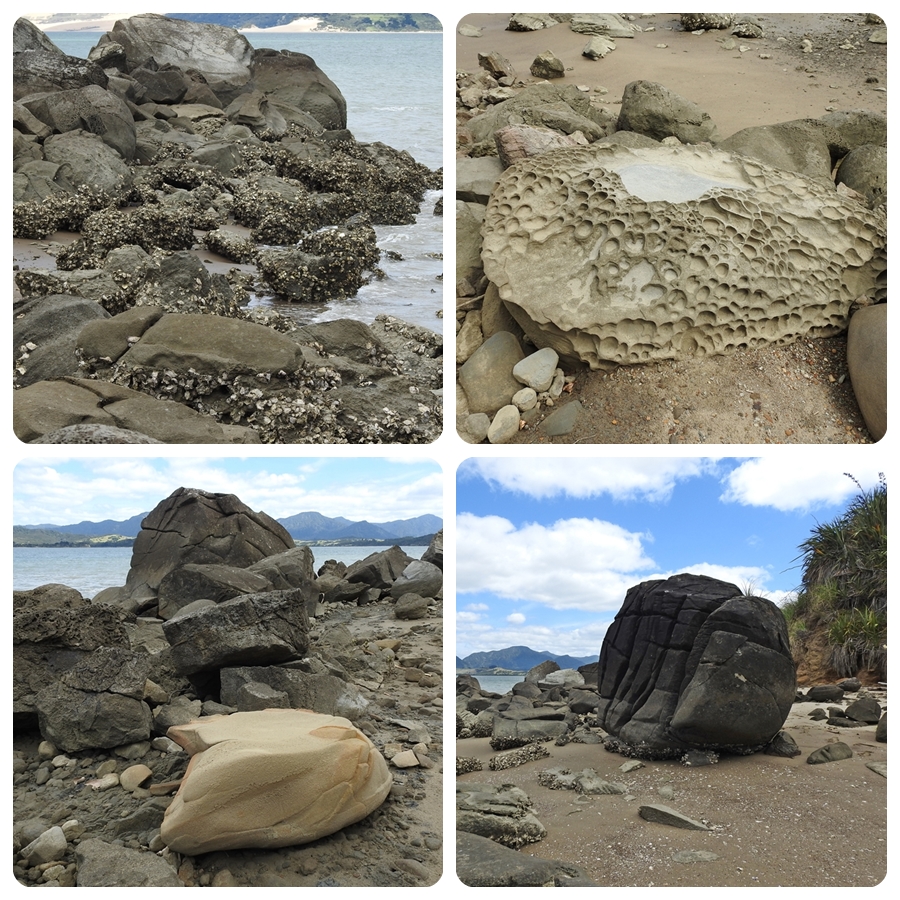 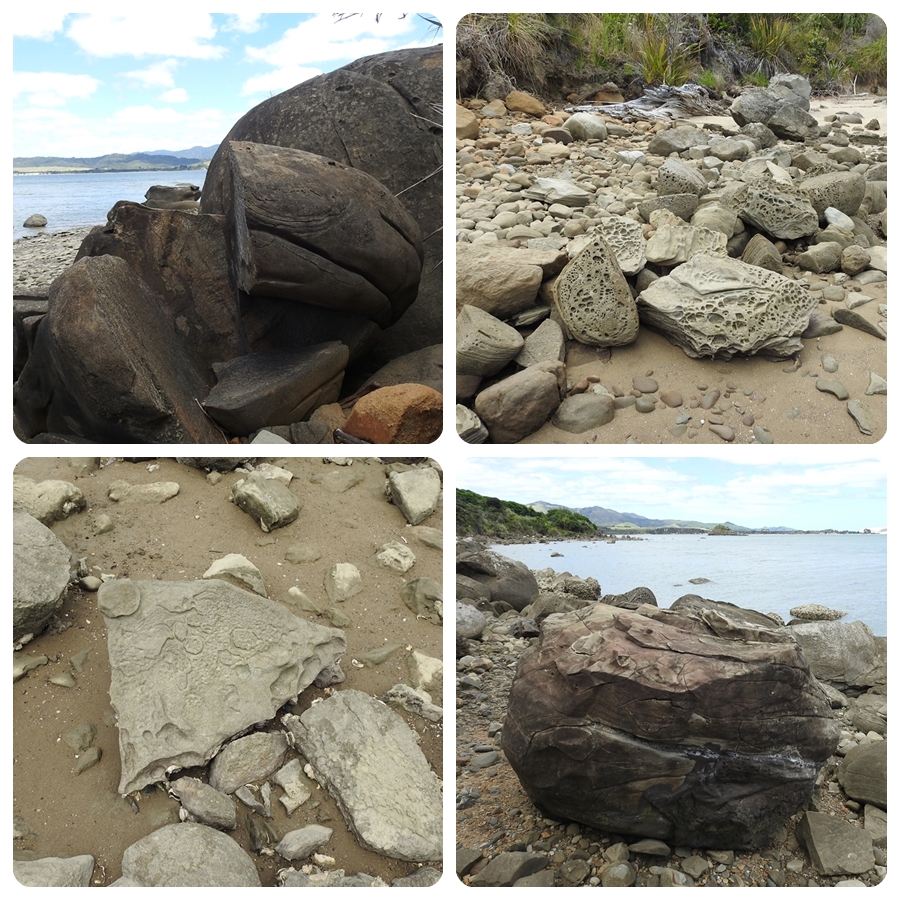 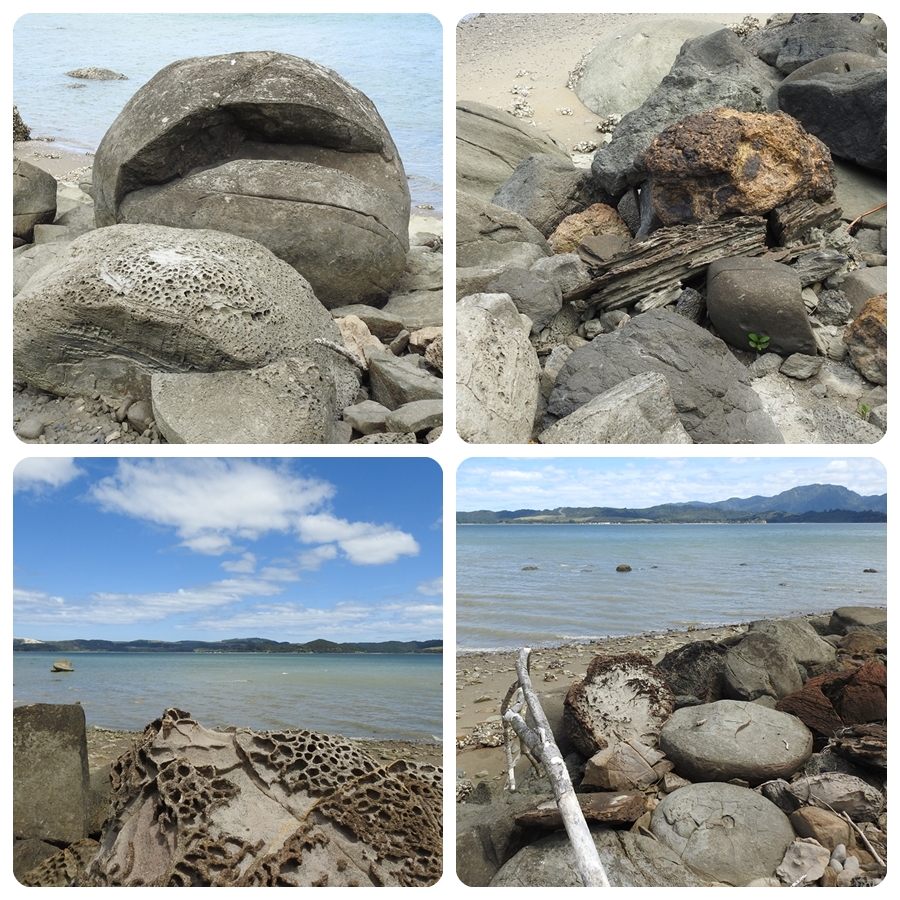 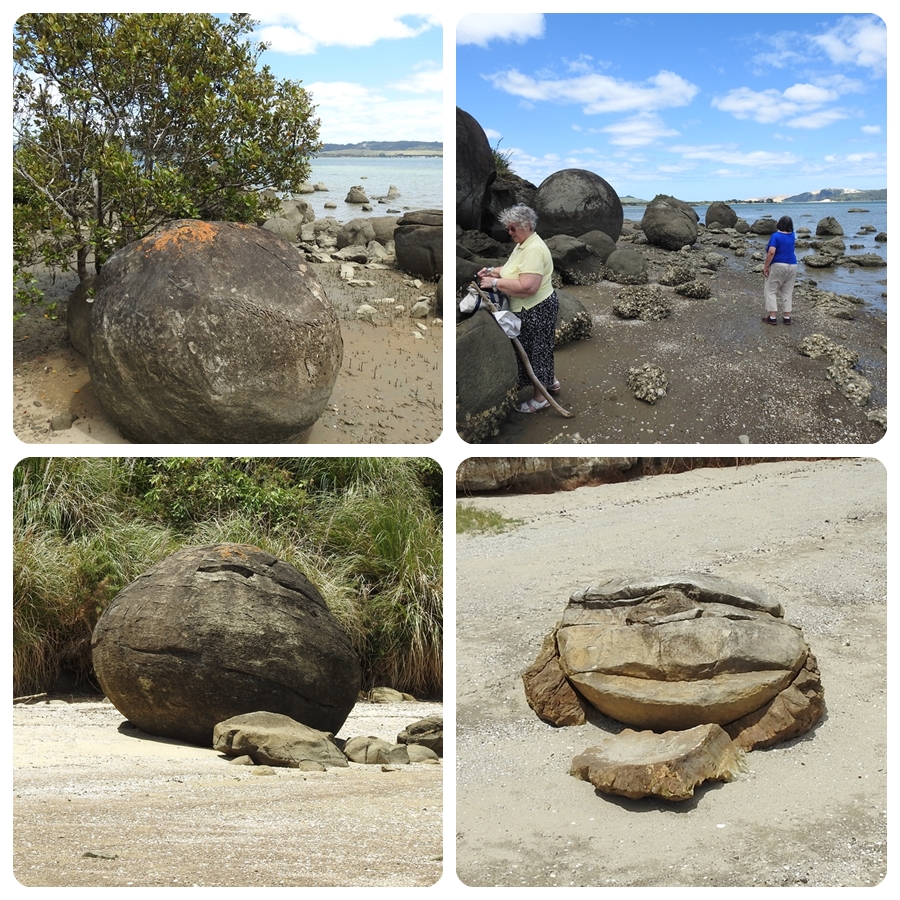 I am surprised at the great variety of rocks at the beach. Looks like a number of different processes created them. Great photos.

An interesting walk of great variety - and how handy to have little signs to tell you what shapes the rocks are (?).

Now they were worth seeing & such a variety of shapes! Thanks for sharing!

I think that you couldn't put them into your bag, beautiful photos.

Wow, these are really great. Must be very impressive to stand next to these. Thank you for linking in with Through My Lens.

I am adding this to my bucket list for my next trip up north. These boulders are really cool. Love your photos. Sorry it was a difficult walk, but it looks like it was worth it.

An odd assortment . What is the origin?

Such interesting shaped rocks! I'd love to take a walk like this.

Out And About Global said...

Those are some great rock formations!

wow- what super formations. Well worth the walk!

Gorgeous (and fun!) rock formations! I'm with you, I couldn't make the hike but I'd really want to!

What a wide variety of rock formations. I wonder how some of them have got where they are now as they look far too heavy to shift!

Wow another interesting beach to visit.