Once the Patea Freezing Co-Op was South Taranaki's primary employer. It closed in 1982. In the 1920's, Patea was the largest cheese exporting port in the world. The Grader Cool Store received cheese for grading from all over South Taranaki and as far south as Oroua Downs near Himatangi. After grading it was loaded into coastal ships at the grader wharf for transport to Wellington where it was transhipped into overseas ships for export. The port closed in July 1959. (Wikipedia) Click here for more history of this port town. 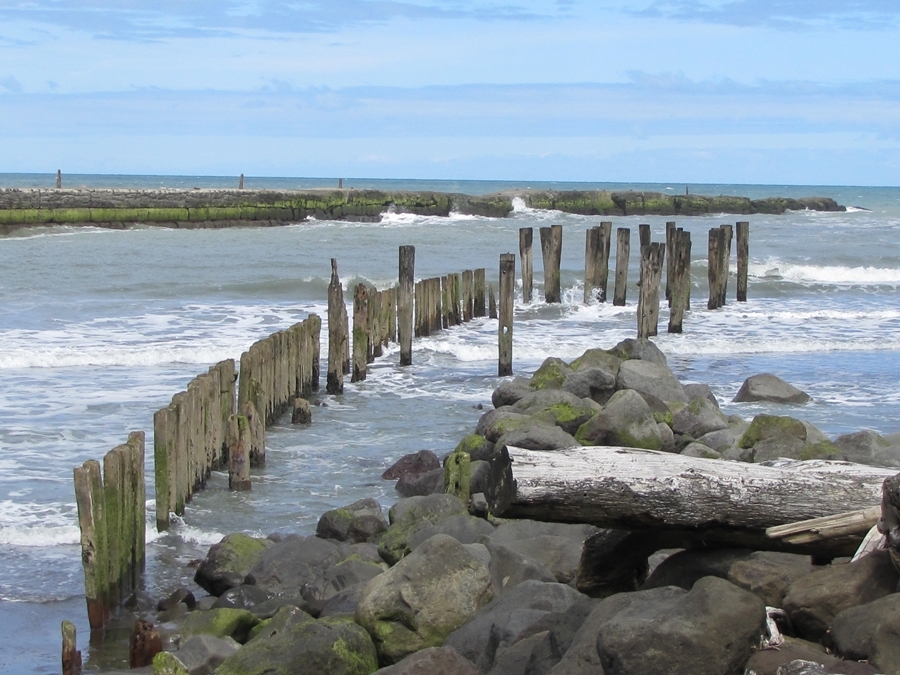 This wall has faint remains of rail tracks used to load boats. 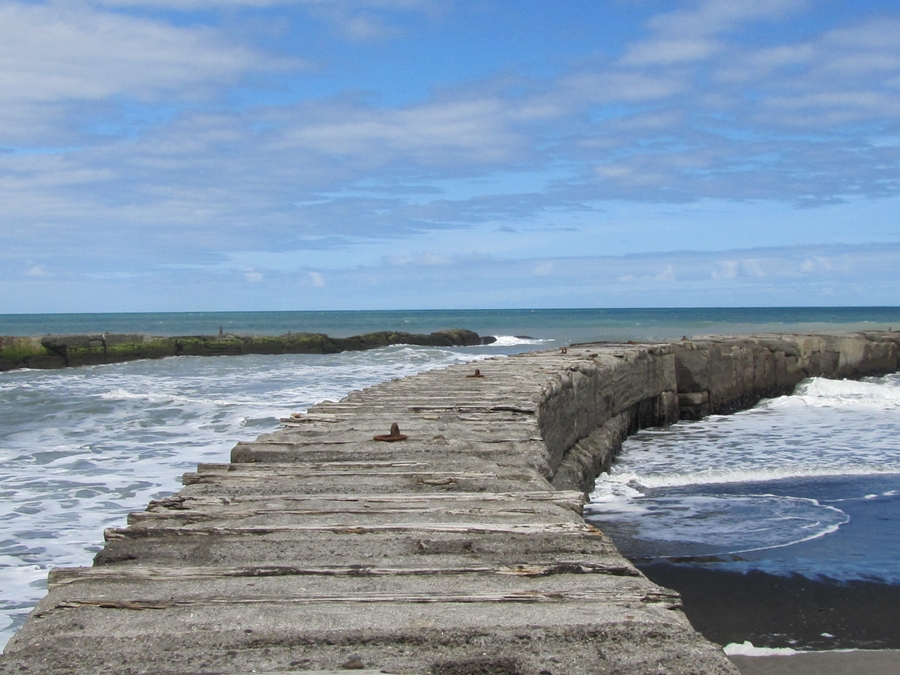 What beautiful views these are.
I feel like I could step right into the second one.
Have a great weekend!

Interesting! being from the USA, I know little about NZ, so enjoy learning about it and seeing your pictures!

Beautiful -- the track path seems to go on forever.

i want to go hiking there. gorgeous! ( :

I love the faint traces of the past! Your pictures are the best.

BEAUTIFUL photos! And I enjoyed the history lesson.

Wowee, those are breathtaking! I feel like I'm right there :)

Can hear the slap of the water♪ Love that lost shot! http://lauriekazmierczak.com/king-of-the-sunset/

an interesting place. Lots of history if it could speak. :)

Well, that rainbow post that showed up on my feedly but not here was beautiful...hope you find it and post it for real.

We have a lot of abandoned wharves and canneries falling into the water here too... It's sad in a way!

Nice shots. Thanks for including the rich history associated.

Lovely shots and a rich history - thank you for sharing

Gorgeous photos! My favorite is the last one. So sad this was abandoned.

Keeps me going to the world of unknown! This is one of the amazing photos I have seen. I travel a lot and this place is one on my list now. Thanks for sharing, this is a magnificent photo!