Jerusalem (named for Jerusalem, Israel) was once an important fishing village on the Whanganui River in New Zealand where a Roman Catholic mission was first established in 1854.  http://en.wikipedia.org/wiki/Jerusalem,_New_Zealand

The village of Jerusalem (Hiruharama) which was once part of a larger village called Patiarero, has been home to two famous figures from New Zealand history, Mother Mary Aubert,  (better known as Mother Mary Joseph) whose Catholic mission remains today, and highly recognised New Zealand poet James K Baxter, who established a retreat and commune in Jerusalem in the late 1960s.    http://www.whanganuiriver.co.nz/river-map 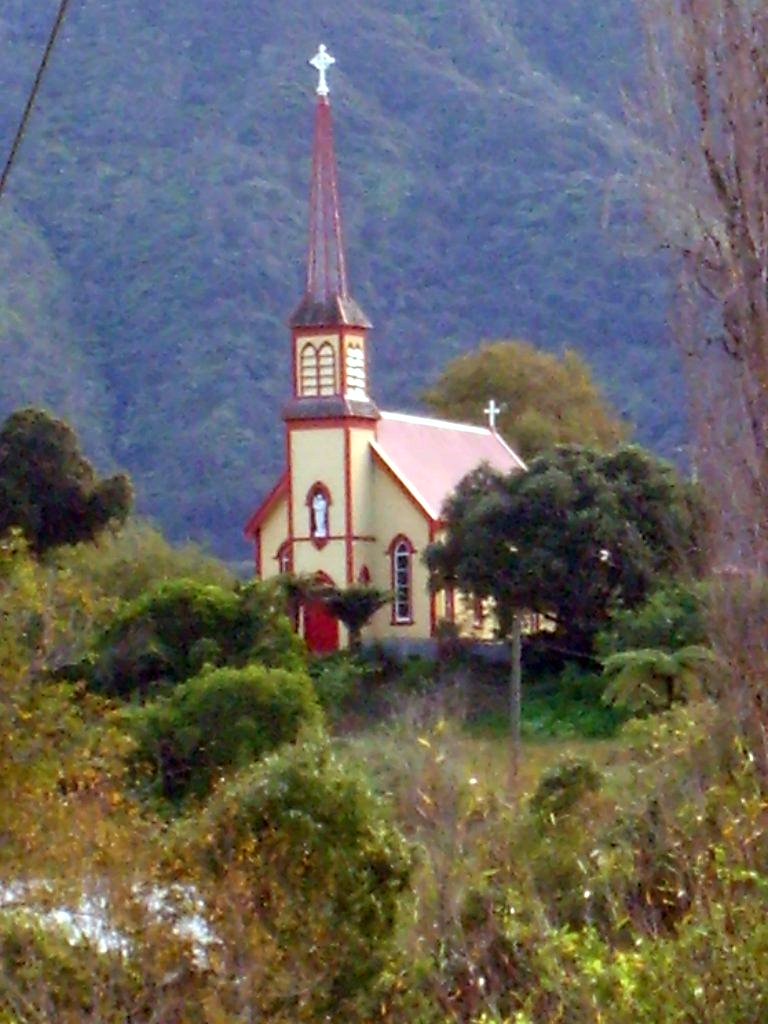 artmusedog and carol (A Creative Harbor)

enjoy the history of it too. thanks, for sharing.

What a pretty little church!

This image leaves me with two strong and opposing urges. First, to be able to pull back and see more of the stunning natural scenery there. Second, to get myself inside that church to see what it looks like.

What a pretty little church, and this photograph is really beautiful.

It's a beautiful church and in a fantastic location!

Quite a little beauty. I wonder if the tall spire will get us closer to God? MB